A temple has placed statues of the Thai Prime Minister Prayut Chan-o-cha and Deputy Prime Minister Prawit Wongsuwan inside their religious land, the Prawit statue is also holding something that ties into past drama. Both statues are portraying both politicians as a figure of the past, the PM is seen as a Thai boxer while the DPM is seen as a soldier holding a shield with a watch face that relates to the luxury watch drama. This was once and still is a big question when the DPM was seen multiple times wearing luxury watches with names such as Richard Mille, Rolex, Patek Philippe, and more.

These statues are from the Wat Bang Kung Temple in Samut Songkhram Province. The intentions behind the 2 statues are for the Thai people to continue fighting against Covid-19 alongside the PM and DPM. The temple is tied into the nation’s history where it was used as a campsite for the army during the Burmese attack. Wat Bang Kung is over 300 years old and was built during the Ayutthaya Kingdom. The temple is both a religious and historical attraction to this day famous for its Thai boxing statues.

Somsak Saekong 66 years old, a caretaker of the temple stated that during this time the people have to battle against Covid-19 by practicing safety precautions such as social distancing, washing hands, and wearing masks. Wat Bang Kung had the idea to create a statue of the PM and DPM portraying them as a historical Thai soldier and Thai boxer. Both are seen standing in a fighting position ready to take on whatever is thrown at them. This stance is to inspire the people to keep their guards up concerning the Coronavirus. The DPM’s statue is wearing a big ring holding a sword above his head while the other hand is holding a shield with a watch face. Together the PM and DPM stand near each other because they are fighting together against Covid-19, as to how Thai’s are battling the virus right now. 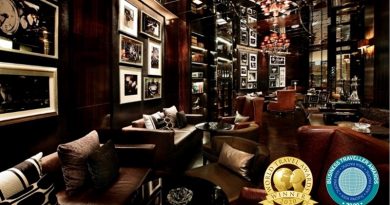 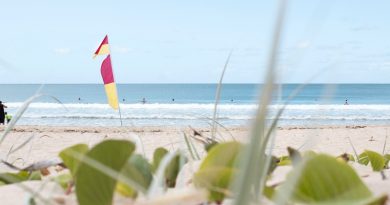 Liven Up Your Holiday with a Beach Flag