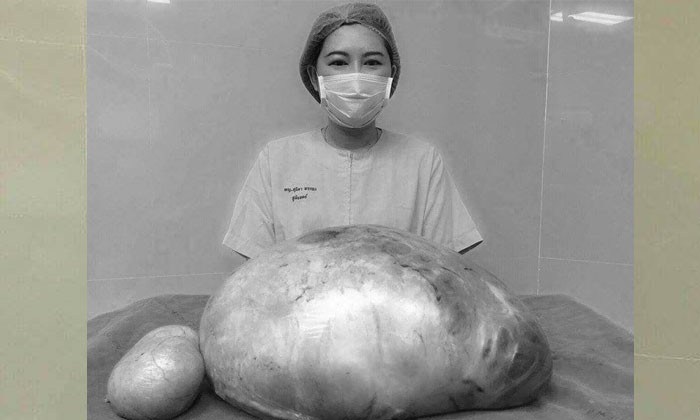 A FEMALE Thai medical doctor caused a stir in social media by posting a photo of an 8-kilogram tumor that she had removed from the ovary of her patient, sanook.com reported today (May 11).

The patient did not realize that she had the tumor. She thought she got fatter from overeating.

The doctor advises women to have a medical check-up at least once a year. The patient has allowed her to share the story online.

Top: The eight-kilogram tumor which was removed from a Thai woman’s body. Photo: sanook.com 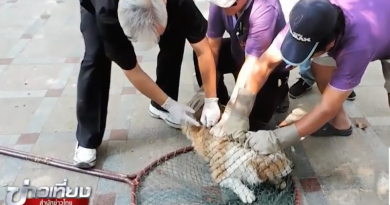 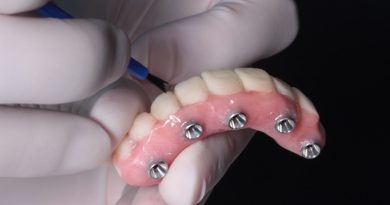