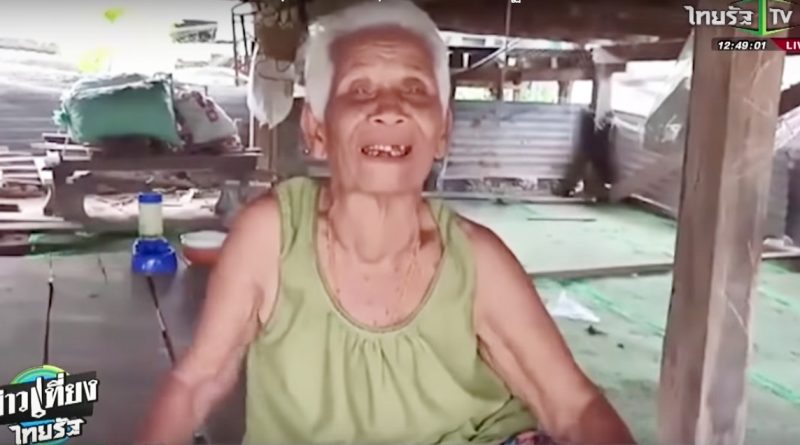 82 Year old granny dies and came back to life with a positive mind and body. Her children reveal that it’s unbelievable but they’re so happy she came back to live with them once more.

The Sanook news team was notified of the miracle on the 6th of this month (October 2019). An 82-year-old granny had died and come back to life with a healthier body. The news team went to granny’s house in Buriram Province right away. They met Loen Chunchue 82 years old cutting the grass on her front yard. When she saw that the news team had arrived, the granny stood up and walked to say hi with confidence.

Giatiyot Chunchue 45 years old, the youngest son stated that about 2 weeks ago his mother went to get some vegetables from her garden. She grows her own vegetables and sells them at the local market. This was a usual activity and the family thought it was a normal morning Loen then went to take a shower, she fainted in the bathroom. The children rushed her to the Pa Kam Hospital where she was sent to the Buriram Hospital for further medical care.

Loen remained unconscious at the hospital with a ventilator to help her breathe. She was in the hospital for about 6 days when the doctor informed relatives to prepare for her departure, her body was not answering to any medication given to her. Her children and grandchildren told the doctor that they wanted to try their best and take their chances, to leave the ventilator going.

Then a miracle took place on day 7 at the hospital. Loen woke up and told her relatives that she wanted to get up. The relatives, doctors, and nurses were shocked because a part of them believed she was not going to make it. Giatiyot stated that this is a miracle given to them, although they don’t know how she came back to life and opened her eyes again, they are extremely happy to have her back in their lives again.

When Loen returned home, it was as if she has never been sick before. She started working in her garden and continues to go sell vegetables in the garden every day. Loen told her children that she went somewhere while she was gone. She was in an old city and saw all the food and items she had given to other people while she was alive. It was a beautiful place with angels and monks.

A famous Thai monk came to talk to her and said: “Granny Loen come back home”. At first, Loen ignored him, the monk came to call her 3 times. On the third time, he started to raise his voice so Loen told the monk to go back first and she’ll follow later. Then someone else came and asked her name when he said her name wrong she told the person “My first name is Loen and my last name is Songsri” This was her old name before it was changed to Chunchue. Right after she said this, Loen woke up on the hospital bed. Granny believes that it was her good deeds and the monk’s power that brought her back to life.

FB Caption:  She was in the hospital for about 6 days when the doctor informed relatives to prepare for her departure. 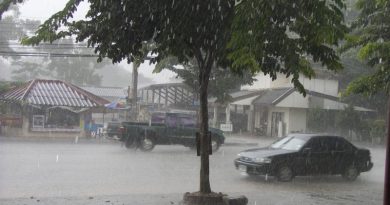 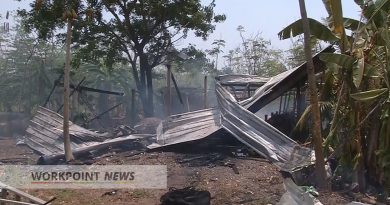 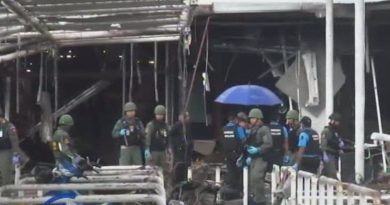 Insurgents had set off 110-kg bomb at Big C Pattani