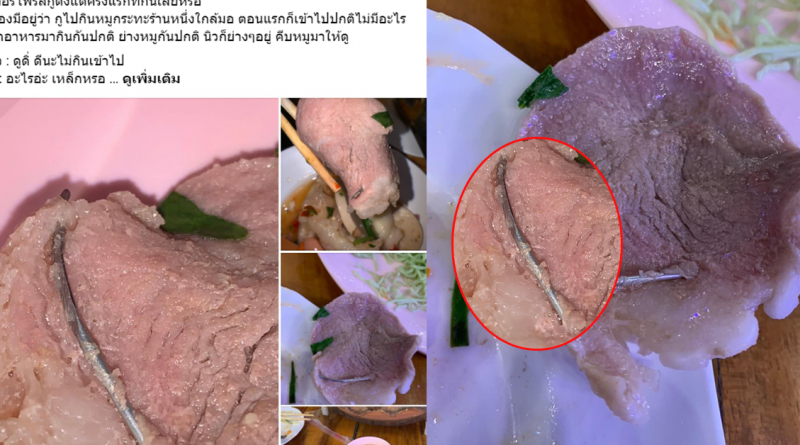 A group of customers was shocked to find a needle in pork while they were dining at a BBQ buffet. The customers informed the restaurant of their discovery and were not offered a solution, furthermore when they left the BBQ they were called back to pay a fine for leaving leftover food. The incident took place on 31 July 2020 told by a customer in the group on her personal Facebook. She revealed that the needle actually looked like a large hypodermic needle used by a doctor. The group lost their appetite to eat anymore pork after finding the needle, but instead, the restaurant fined them for leaving food behind. 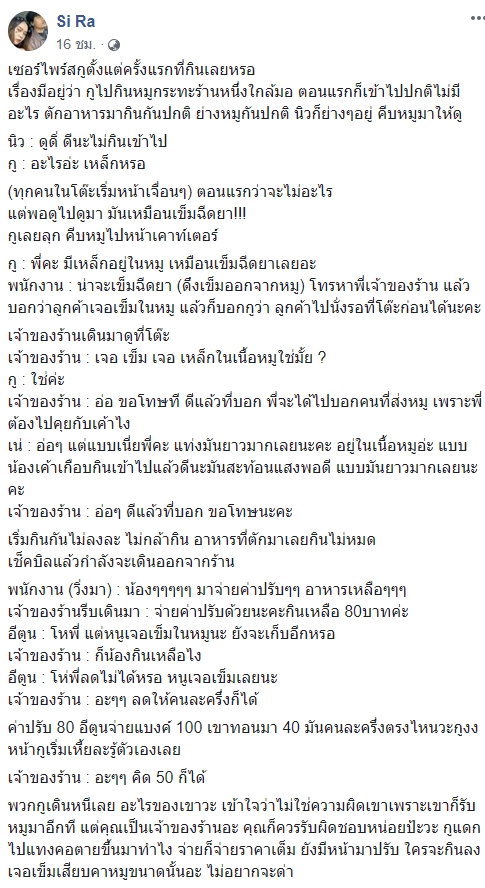 The customer who chose the piece of pork is perhaps a very lucky person, what damage would the needle do if it was not noticed and swallowed? The owner of the buffet was notified and informed the group that he would tell the pork delivery man about the needle instead of an apology or an offer to refund the meal. As any other person would feel, the group felt like they didn’t want to eat at the business anymore and decided to leave while some leftovers were still on the table. Before walking out of the restaurant, the owner sent over an employee to collect a fine for leaving behind the food.

The customer posted online “A surprise first time eating here. I went to eat at a BBQ pork buffet near my university. Everything was normal, I picked some food and raw pork to cook on the grill. As we were cooking the pork my friend called me while holding a piece of pork.

FB User: What is that, metal?

Everyone sitting at the table started feeling uncomfortable. At first, we were just going to ignore it, but it looked like a large hypodermic needle. I stood up and walked to the counter taking the pork with me.

FB User: Miss, there is a needle in my pork.

The employee pulled the needle out then called the owner.

Employee: A customer found a needle in the pork.

She then told me to wait at my table. The owner came to the table.

Owner: You found a needle? Oh sorry, good thing you told me. I’ll tell the man who delivers the pork.

Friend: It is very long, found in the pork. My friend almost ate it”.

The group lost their appetite and started to leave the restaurant when an employee ran to the group and asked them to pay a fine of 80 THB. 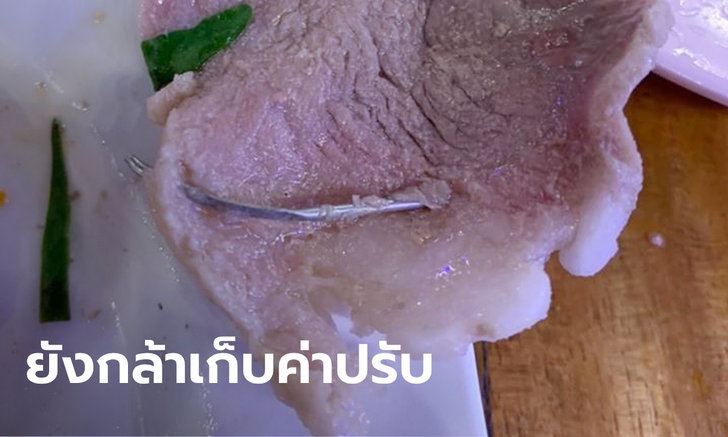 FB Caption: What would have happened if the customer ate the pork? 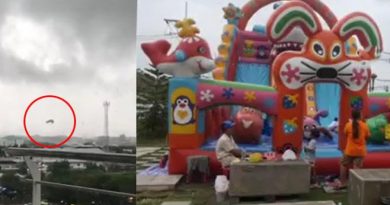