A tour bus was found carrying 6 illegal immigrants. Mukdahan Immigration Police and Officials from the Nong Sung Police Station have arrested the driver for breaking orders established by the Centre for Covid-19 Situation Administration (CCSA). Pansuk 60 years old and 6 Laotians were arrested on the bus. Officials received information that illegal workers will be traveling into the country while the border is still not open. These workers plan to travel into Bangkok on a vehicle. The workers pose a dangerous threat to the Covid-19 situation in Thailand as any person entering the nation at this current moment must enter the state quarantine as required by the government. The main purpose is to help protect the virus from spreading out into the public. The driver and the illegal workers have violated safety regulations established by the CCSA and the government.

Investigation police received information that the workers have been staying in Mukdahan Province. An agent has organized time and location where they will travel into Bangkok by tour bus. Officials set up a plan, they spotted a bus that left the station with no passengers inside and knew that this was a suspicious vehicle. Officials followed the bus until they arrived in Nong Sung District. The bus was stopped and searched. Inside were 6 illegal workers from Laos hiding in the driver’s cabin. None of them had documents or stamps for entering the Kingdom. The driver then admitted to police that he had been hired to deliver the workers to Bangkok in exchange for 6,000 THB. The suspects have been sent to the Nong Sung Police Station along with the evidence which is the bus.

As for the Covid-19 situation in Thailand on 9 July 2020, there have been 5 new cases of Covid-19, all of which were found while in State Quarantine. All 5 are Thai citizens returning from abroad. 4 cases have returned from the United Arab Emirates, 3 men aged 38,40, and 54 years old and a woman aged 42 years old. They arrived in Thailand on the 2nd of July and have been staying at State Quarantine Centers in Bangkok and Chonburi. The 5th case is a 22-year-old Thai student returning from Egypt. He arrived in Thailand on the 8th of July and was confirmed positive on the same day.

FB Caption:  The driver then admitted that he had been hired to deliver the workers to Bangkok in exchange for 6,000 THB. 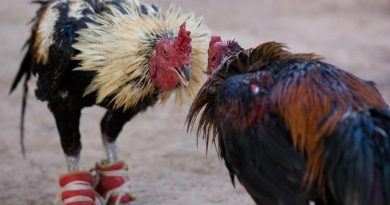