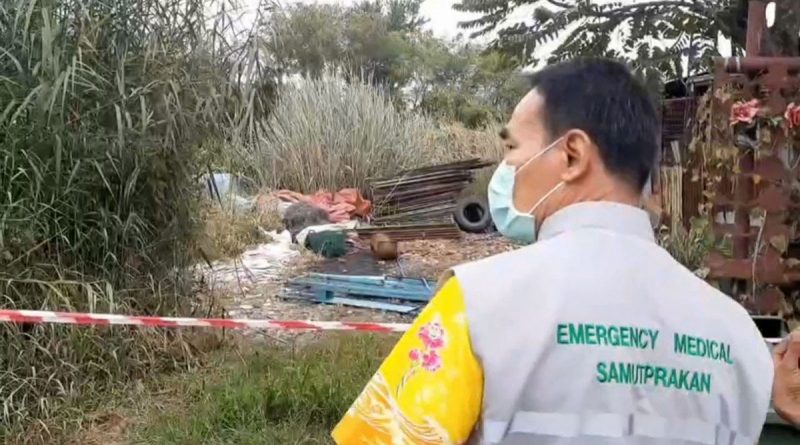 Villagers flee after a second-hand store spilled an unknown chemical, locals started feeling nauseous and had trouble breathing at least 10 have been sent to the Hospital. Employees from the second-hand store opened a chemical tank in a forest located near the village, the fumes spread into the village. Police Captain Kittipon Poldetch from the Bang Kaew Police Station in Samut Prakarn Province received notification at 14.30 on 28 September 2020 of a chemical spill in Bangphli Niwet Village. Many villagers were injured in the incident. The local health office and the Bang Phli Hospital were notified.

Officials arrived in the village and there was a chemical smell. Inside a forest by the village was a 1-meter chemical tank left behind in the grass. The grass and trees surrounding the tank had all died. At least 10 villagers were having trouble breathing and were delivered to a hospital before officials arrived. Police secured the area and sprayed water into the air. Medical personnel from the health office and the hospital visited villagers in their homes to make sure that they are safe and not experiencing any symptoms from the toxic fumes.

Villagers reveal that during the night employees from a second-hand shop carried the chemical tank into the forest, they wanted to take the tank apart and sell the metal. As soon as the tank was opened, 2 employees fainted. The fumes spread quickly and villagers living in homes near the forest were all injured. Some are also experiencing skin rashes, the villagers including children are now in the hospital.  Trees and grass 100 meters from the tank are all dead. Officials have secured the area 500 meters around the tank and are working on clearing the chemical remains and toxic fumes.

FB Caption: Villagers reveal that during the night employees from a second-hand shop carried the chemical tank into the forest, they wanted to take the tank apart to sell the metal. 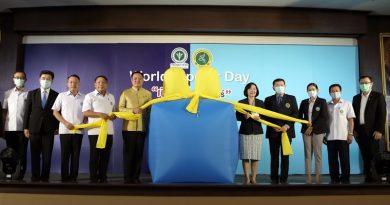 Department of Mental Health, Ministry of Public Health and The Psychiatric Association of Thailand commemorate World Bipolar Day with “Stand Up for Bipolar” Campaign 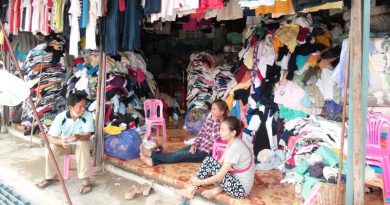