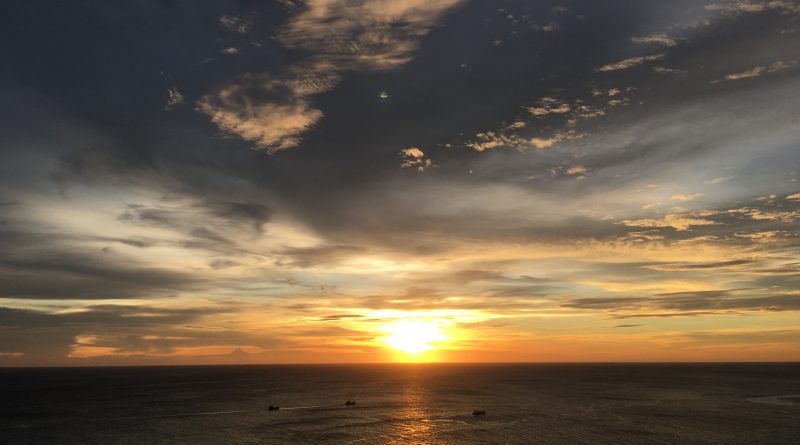 YEAR after year, the island of Phuket attracts more than 6 million visitors from all around the globe. A key player in this success story has to do with Phuket extraordinary scenery; from white sandy beaches to hill tops offering 360 degrees view over the island, we have counted for you the 5 best places to visit for a picture-perfect background.

Located on the southern tip of Phuket, Phromthep Cape is known by many as one of the most romantic locations on the island. It is the best spot to glimpse at the last ray of sunshine and therefore attracts a fair share of couples and tourists alike who want to experience this unique set up of magic romance. Granted; it can feel a bit crowded at times, but given the large area it covers, there is always a way to find an isolated spot for a selfie or two. Chalong Temple is the largest of Phuket’s temple and has been welcoming locals and tourists for more than a century. Its extensive grounds are very well maintained and easily accessible from the main road. The main pagoda is known to host part of a bone of Lord Buddha, making it an important venue for Buddhists across the island to pay their respects and pray. Remember that you must dress appropriately when visiting a temple in Thailand as well as show proper behaviour at all time. It is certainly one of the most famous landmarks in Phuket, as it can be seen from far away, sitting on top of Nakkerd Hill, in Chalong. Standing at 45 meters high, this impressive representation of Lord Buddha is said to protect the island and to bring prosperity to its inhabitants. While the statue in itself is definitely worth a visit on its own, the 360 degrees view one can get from atop of the hill is dazzling. As mentioned above, make sure to dress appropriately when visiting the place. The Sino-Portuguese architecture of Phuket’s old town is simply stunning; bright, colourful buildings sitting next to each other and housing a variety of boutiques, restaurants and coffee shops. This area is best explored on foot, as the one-way roads leading there make it difficult to navigate by car or motorbike to people who are not used to it. Try the area near On-On Hotel, one of Phuket’s oldest hotel, for some great shots with your friends and family.

Let’s face it; Phuket is an island and as such, is bordered by more than 20 beaches, from a long stretch of sand to smaller, sometimes difficult to find, peaceful retreats. Nai Harn Beach and Karon Beach, located in the south of the island, have been in the top 10 of South-East Asia’s most beautiful beaches for several consecutive years. If you are looking for a less crowded atmosphere, we advise you to check out the northern part of Phuket, as mass tourism is less developed in this area. Nai Yang and Mai Khao beaches are perfect examples of quiet and peaceful places to relax and enjoy your time here.

Top: Prompthep Cape is cloaked with an air of romance.

Second inset: The Big Buddha protects the island and the hilltop view is stunning.

Below: Phuket has over 20 beaches both big and small. 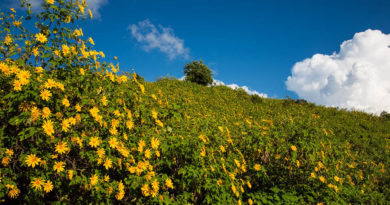 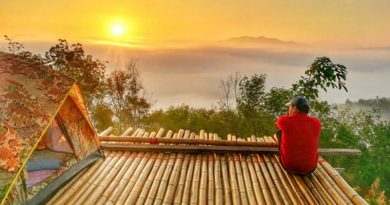 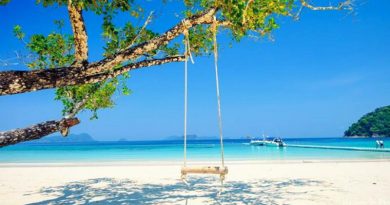 Nyaung Oo Phee Island: So beautiful you will fall in love – ThaiResidents.com