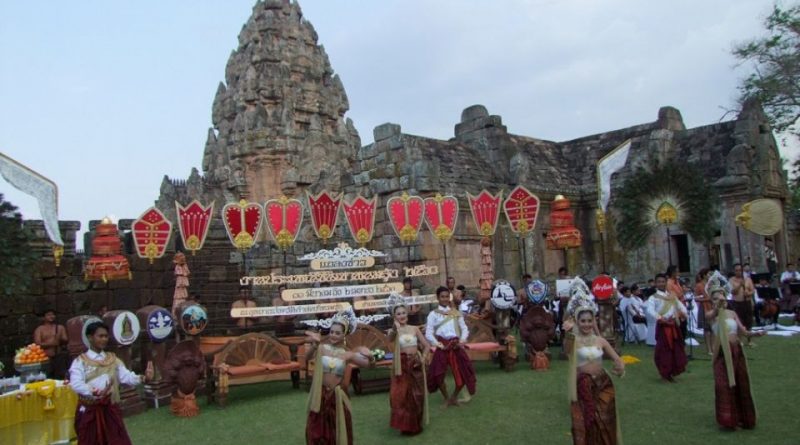 THIS year’s Phanom Rung Historical Park Festival starts in Buriram province tomorrow and ends on Sunday April 2 with there being a chance to see a rare once a year phenomenon when the rays of the dawn sun reach through all 15 doors of the sanctuary.

The festival also allows visitors to witness the rarely seen “buang suang” ceremony or invocation ritual followed by a colorful procession representing each of the six districts in Buriram paying homage to the gods and celestial beings.

There is also a traditional Northeastern Thailand or Isan-style dinner and cultural performances.

During the day, a model village will sell a range of souvenirs, village handicrafts and products from the local communities of Buriram province.

In the evening, there is a spectacular Phanom Rung Devalai light-and-sound presentation that lights up the temple and tells some of its stories.

According to Buriramexpats.com, Prasat Hin Khao Phanom Rung is a Khmer temple complex built from sandstone in the 10th century and is located about 75 kilometers from Buriram town.

Phanom Rung was built on top of a hill which is believed to be an extinct volcanic cone about 1,320 feet above sea level. Archaeological and historical studies show that this place was originally built to worship Shiva, the Hindu God between the 10th and 13th centuries with the bulk of the work being completed during the reign of King Suriyavaraman II. The site was in a state of disrepair and neglect in the early 20th century, then in 1971 Thailand’s Department of Fine Arts spent 70 million baht and 17 years restoring the complex to its original state.

The lintel of the God Vishnu

One major art piece is the stone lintel of the God Vishnu which once disappeared from the complex in the early 1960’s. There was a suspicious helicopter heard in the area by the villagers about this time. Even more peculiar, the four administrators of the complex at the time have all met misfortune and mysterious ends since the stone lintel disappeared. It could be the curse of the lintel, or so the locals say.

The story has a happy ending when in March 1973 the lintel reappeared at an institute in Chicago. The lintel had been donated by a James Alsdolf. The Thai government and many private sector parties tried for many years to return the lintel back to its place. Finally a price was negotiated at $250,000, and in November 1988 the lintel was returned and placed in it’s original position. 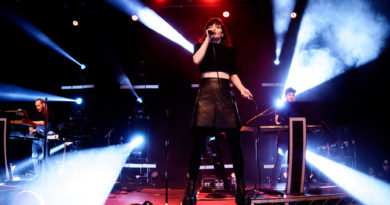 Chvrches to debut here in September 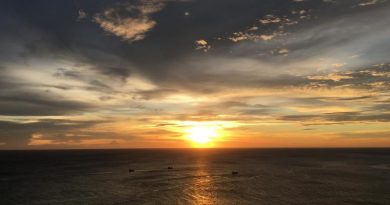 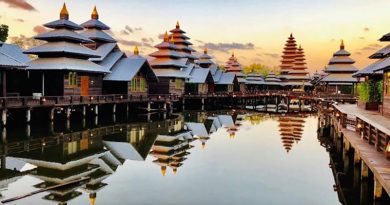