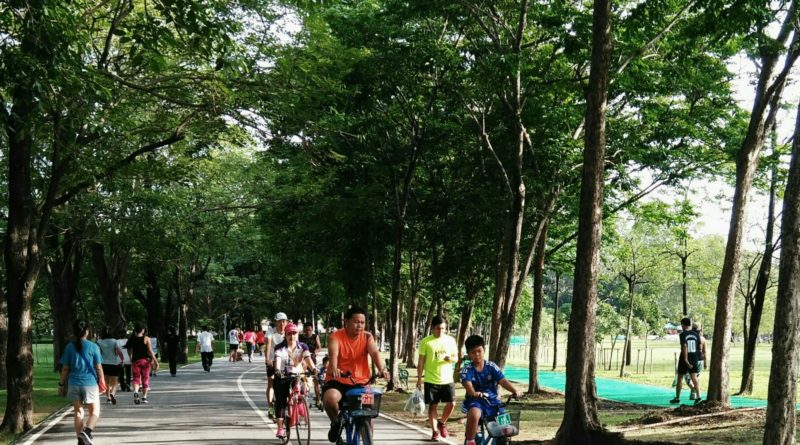 IF you are among cyclists who love biking in Bangkok, there’s good news for you—a new cycling track is being built and is about to be opened at the so-called Rot Fai Park (Suan Rot Fai) very soon.

The official name of the Rot Fai Park (‘rot fai’ means train in Thai, and there are still some abandoned engines and carriages close to the entrance) is Vachirabenjatas Park. Rot Fai Park, which was once a golf course, has been a popular cycling, walking, jogging and picnic spot for years. It is fairly easy to find the park as it is located near the world-famous JJ Market and Queen Sirikit Park in the north of Bangkok.

Hordes of bikers and joggers are seen every weekend but fewer during weekdays.  The park has lush greenery that abounds all around. Squirrels, birds, lizards, water monitors and hundreds of big trees make a beautiful backdrop to cycle through the three-km bitumen cycling track, which is flat and easy to ride.

However for years, there have been complaints among cyclists, joggers and people walking in the park about safety while there.  That’s because the road has been shared between joggers and cyclists with the jogging lane on the left and bike lane on the right and only a white line separating them. And they are moving in opposite directions.  So, on various occasions, cyclists and joggers strayed into each other’s territory causing accidents.

The Bangkok Metropolitan Administration (BMA) must have time and again heard the complaints and frustrations posted online about such a flawed design and eventually decided to come up with a plan to move the bike lane from the main road in the park.  The new cycling track has been built along the road around the park and it’s about 3.6 km long. It is over 90 per cent complete as the construction contract ends this August 24.

And if you do not have a bike or do not want to bring one along with you, you can rent one next to the parking lot at the park’s entrance  (although if you are walking from the BTS or MRT Chatuchak park stations you will be on the opposite side of the park). Rents are around 25 to 100 baht for three hours during weekends but unlimited period during the weekdays depending on the type of bike you choose.  Within the park, a popular stop, whether cycling round or not, is the Bangkok Butterfly Garden which houses a multi-layered greenhouse filled with flowers and butterflies. Other activities available at the park include tennis, swimming, and basketball. Rot Fai Park is open daily from 5 a.m. to 9 p.m. (Tel: +66 (0)2 537 9221).

And if you don’t want to ride a bike, you can relax, excise and walk in the Queen Sirikit Park (bicycles are not allowed there but there’s a parking lot for bikes at the entrance), which is adjacent to the Rot Fai Park. The Queen Sirikit Park makes for a pleasant place to relax in and with the Children’s Discovery Museum, a railway museum and a boating lake all within easy reach, it’s easy to see why it is so popular with Bangkok residents and families. All in all, the three parks—Chatuchak , Rot Fai and Queen Sirikit, are certainly among the best in Bangkok.

TOP: The new, green cycling track is seen on the right side of the current road.

BELOW: A nice atmosphere at the Queen Sirikit Park.

FURTHER DOWN: A part of the new cycling track is awaiting a coat of green paint. 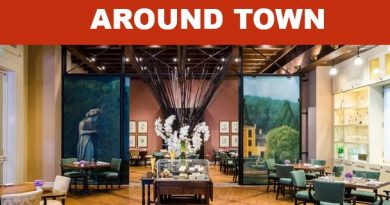 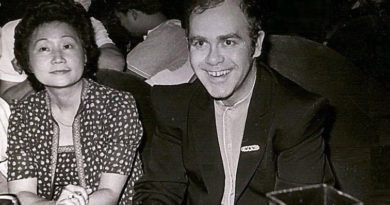