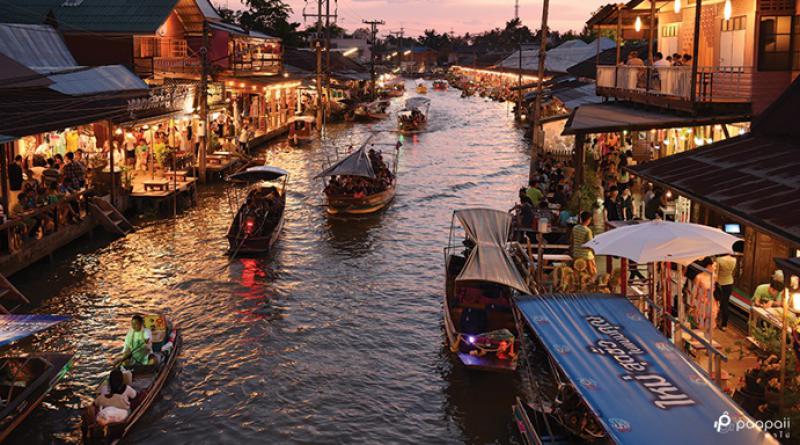 THERE are lots of charming tourist attractions at Samut Songkram, which is a small province near Bangkok, and it is here that visitors can get in touch with life on the waterways, Sanook.com reported today (Sept 24, 2018).

Recently setting out on 2-day, 1 night trip to Maeklong district in this province from Bangkok, the Paa Paii writer reached the first stop, Maeklong Station, in just 2 hours.

Not only is this station very popular with tourists, equally so is the Maeklong Railway Market (Hoop Rom Market, a morning fresh market) with tourists eagerly snapping photos of vendors and their fresh produce. After that the writer went to Wat Bang Kung, which is really old and dates to the time of King Taksin the Great, and prayed at Bot Prok Pho, which is an Ubosot (Ordination Hall).

It is covered with roots of four plants are Pho (Bodhi), Sai (Banyan), Krai, and Krang. These roots help the hall to stay stable. Enshrined in the hall is an image of the Buddha and there is a mural that shows the story of the Buddha. Next stop was The Nativity of Our Lady Cathedral next to Bang Nok Kwaeng Riverside Market. This has been a dominant feature of the river banks of the Maeklong River for over one hundred years. The walls are made of highly-heated clay brick coated with sugar cane molasses mixed into the lime. The color of the exterior walls comes from a mixture containing charcoal powder. After checking into the hotel, the writer then went to Amphawa Floating Market which also attracts lots of local and foreign tourists who enjoy the atmosphere of bygone days epitomized by old wooden shophouses by the canal, and also taking a pleasant boat trip through the market.

This market is lovely to visit in the evening too as it is then the restaurants in these old shophouses beacon tourists with their bright lights. On the second day the writer offered food to the monks by the waterway. It is said that if you come here and do not do this, then you have not come here at all.

Last stop before returning to Bangkok was Tha Kha Floating Market which is also over 100 years old and is neat and tidy. Coming here gives visitors a chance to meet fruit farmers who have maintained their traditional way of life. 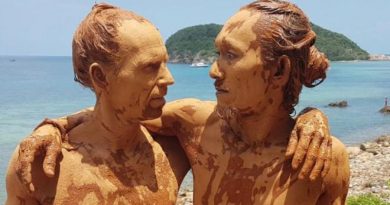 A foreigner too lived in a Koh Phangan cave 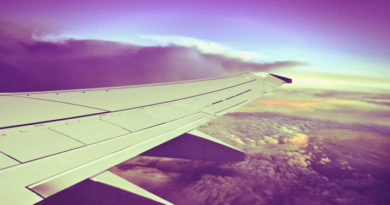 What are the world’s safest airlines for 2017? 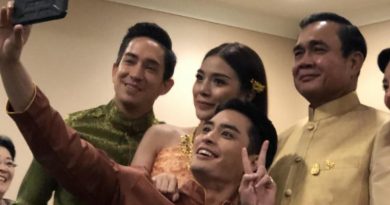