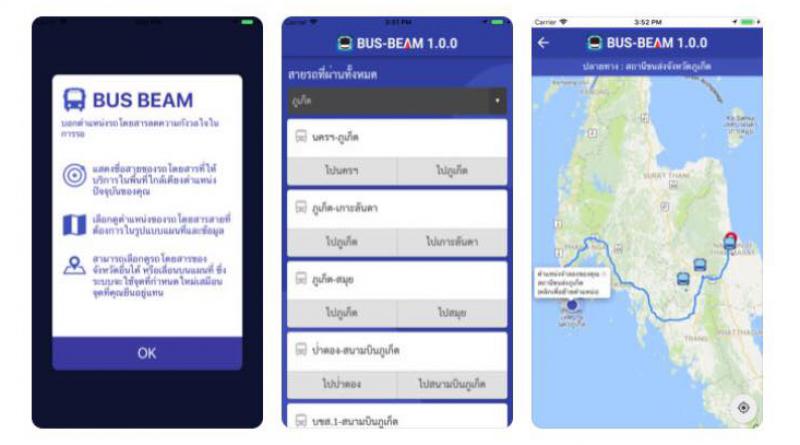 IF you are a backpacker and look for a convenient way to travel around the paradise island of Phuket, here is a good news! The “Bus-Beam” application has been launched by the Phuket Land Transport Office on December 11, 2017, making your journey on the Pearl of Andaman fun and fast.

The application is created under the project, Smart Bus, Smart Passenger, gathering all bus schedules in one place with Thai explanations. The English and Chinese versions of the app are expected to be available within this month.

The application allows you to track the buses (which all have a GPS installed), enabling you to know exactly where the bus you are looking for is and when it will be at each station. The information can be shown in text and map styles.

You can also plan ahead for your travel by looking into the routes in the provinces you want to go and the buses in the area will show up on your map. Names of bus companies and their cell center numbers are also available with the driving licenses, the distance and the estimated arrival time.

So not only traveling around Phuket, the application also covers your bus travels between provinces which now are Phuket, Phang Nga, Krabi, Nakhon Si Thammarat, Surat Thani and Songkhla. Here are the routes that will be useful for your coming trip to Phuket.

The application is available to download in both the App Store and the Play Store.

Top and below: Bus Beam graphics in Thai show the route from Phuket to Surat Thani, the telephone number of the company running buses from Phuket to Had Yai and other details of this app. 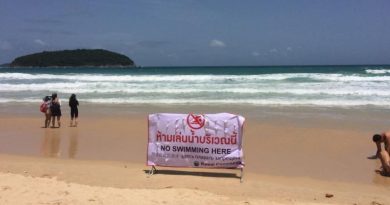 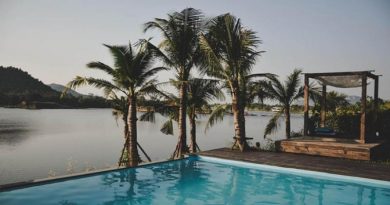 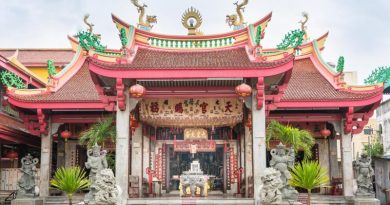