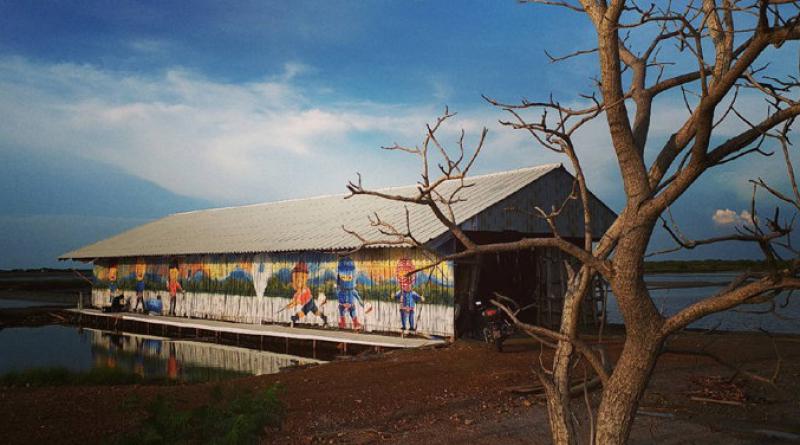 A GREAT short-cut to Cha Am beach and further on to Hua Hin, called Klong Khon-Cha Am road, both beguiles tourists with its pretty seaside scenery and opens up the lifestyle of brine salt farmers, Sanook.com wrote this week (Sept 24-30, 2018).

Along the route one passes this country’s biggest sea salt producing center at Petchaburi’s Baan Laem district, with the way of life of these farmers clearly visible at salt pans on both sides of the road. It is at Baan Rong Yai village, Bang Kaew subdistrict, Baan Laem district, where there are colorful murals on the walls of silos to store the farmed salt. There is even a long wooden bridge going out to a salt pan, with flocks of brown-headed gulls flying around.

This is the spot for tourists to stop and take photos when passing this road, especially in the evenings when stunning sunsets cast their red and golden hues. Mr Sompong Nosart, the headman  Baan Rong Yai village, said this spot is a new landmark for tourists to stop by. Aside from the murals, there is a wind turbine and community shops to cater to the tourists with this bringing in additional income for the local people. 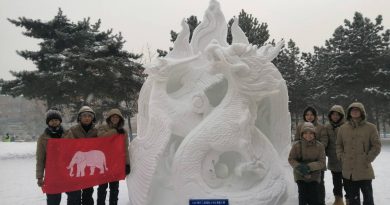 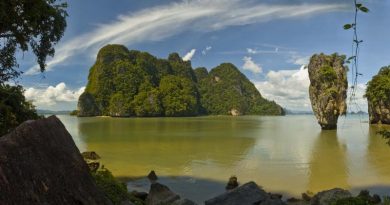