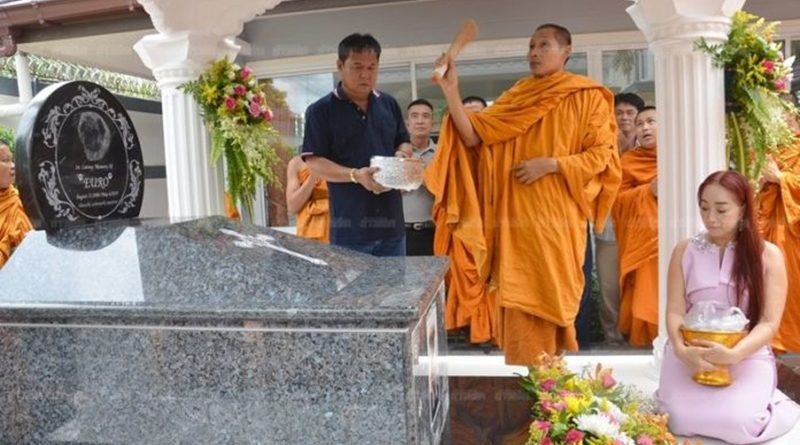 A wealthy couple in Kanchanaburi Province has built a beautiful Roman-style tomb for their dog which died of old age a few days ago, the Thai-language daily Khao Sod reported yesterday  (August 13, 2019).

The tomb with a white cross is worth 1.5 million baht. “My mother is Christian and my father is Buddhist so we decided to build this beautiful resting place for him,” said Mr Teppitak Somboosap, who has raised his dog since it was a baby.

He has kept two chilled coffins in his bedroom. When one coffin becomes icy, he switches his pet dog to another one.

“We can take him out of the coffin and hug him whenever we want,” said Mr Teppitak. 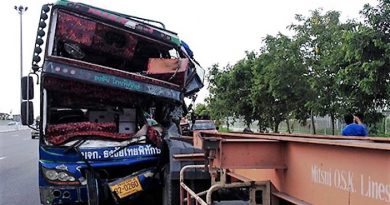 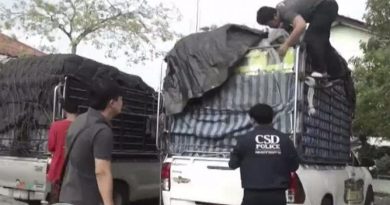 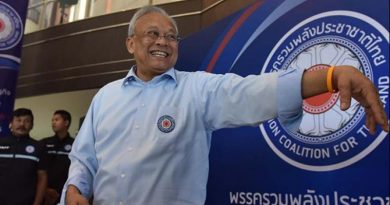