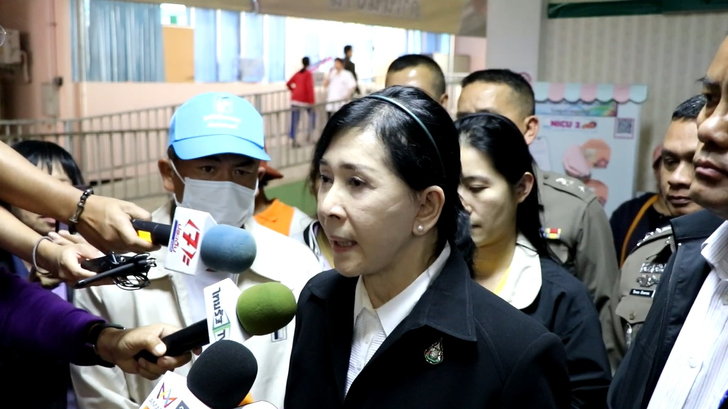 Pavena Hongsakul from the Pavena Foundation went to visit the young girl at Nakornping Hospital on 18 December 2019 after she attempted suicide at school in Chiang Mai Province. The girl tried to hang herself in the girls’ bathroom in November of this year. Teachers and the school’s janitor broke down the door and retrieved the girl, she was delivered to the hospital in time but is still unconscious in a coma. For 16-minutes there was a lack of oxygen to the brain (cerebral hypoxia). The doctor has given her a tracheostomy to help with the breathing.

The girl attempted suicide in the girl’s bathroom and her friends realized what she was trying to do so they went to warn the teacher. She was delivered to a local hospital before being transferred to the Nakornping Hospital, Chiang Mai’s provincial hospital. The father contacted the Pavena Foundation in search of justice for his daughter.

Pavena stated that the girl attempted suicide as a result of bullying, not because of a heartbreak. The family confirms that the girl never had romance problems but she has been bullied by a group of male students for a long time. She has been called fat, black, short, and poor relentless times. Then in September of this year, 3 male students assaulted her by pushing the girl onto the ground before kicking her arms and face.

The foundation has contacted the Ministry of Social Development and Human Security in Chiang Mai to find a way in helping the victim’s family. The doctor informed Pavena that the girl will be released from the hospital and she will have to be in close care back at home. The foundation wants to make sure that the family receives all the assistance required to properly care for their daughter.

The father of the child stated that his daughter was bullied heavily at school. The family is heavily affected by the situation but he doesn’t want to file a report or press any charges against the 3 male students who harmed his child. He doesn’t want to destroy their future and hopes that the school can find a measure that prevents the boys from harming anyone else.

FB Caption: Pavena stated that the girl attempted suicide as a result of bullying. She has been called “fat, black, short, and poor” relentless times. The final string was when 3 boys assaulted her at school. 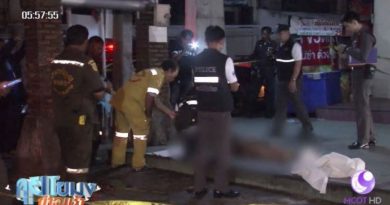 Oops! I forgot to wear my face mask