A 15-year-old girl attempted suicide by hanging after her sister denied lending the girl a smartphone, thankfully the rescue team members were able to calm her down. This incident helps remind us of the impact and addiction that smartphones, games, and other electrical devices have built into the younger generation. Police Captain Sompong Sichumsang from the Nang Rong Police Station in Buriram Province received notification of a girl attempting suicide on 10 June 2020. The notification stated that a 15-year-old girl was about to commit suicide by hanging from a tree. Officials notified the local rescue team before heading to the location.

Officials and members of the rescue team arrived at house no.32 in Nang Rong Sub-district and found Jang 15 years old standing on a mango tree. The girl seemed in extreme stress and sadness. One hand was holding a school belt while the other hand was holding on to the tree. Tuenjit Petchsri 62 years old the grandmother and Srisuwan Jodrom 32 years old the mother was standing under the tree trying to calm the girl down. Officials rushed in and tried talking to the girl but the situation was not going well.

Jang stated that she has been sad so many times and doesn’t want to live anymore. Members from the Siam Ruam Jai Poo Int Rescue Team started talking to the girl and offered a position for her to be part of the team, so Jang can help others and potentially save someone’s life one day. Jang liked the offer and finally calmed down before she climbed down the tree. The team then promised that Jang would get to help assist other people so she wouldn’t have to struggle with loneliness anymore. They also promised to buy her a new smartphone. Jang smiled and suddenly was happy again. Jang went with the team to the office and started her journey to become a member right away.

The grandmother was relieved that Jang stopped thinking of suicide and has been given a chance to become someone valuable. Tuenjit stated that Jang’s sister was charging her phone when Jang wanted to play a game. Jang couldn’t use her phone as it wasn’t a smartphone. The sister denied then an argument started. Jang grabbed a belt and headed to the tree.

FB Caption: The local rescue team offered a position in the team to Jang, Jang finally calmed down after realizing that she won’t struggle with loneliness anymore with the opportunity to help others. 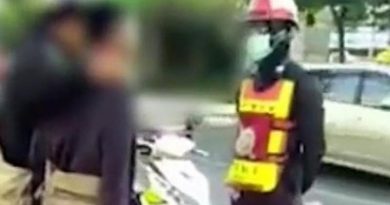 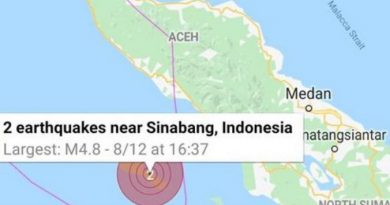 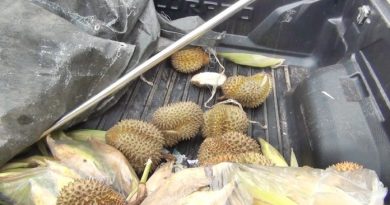