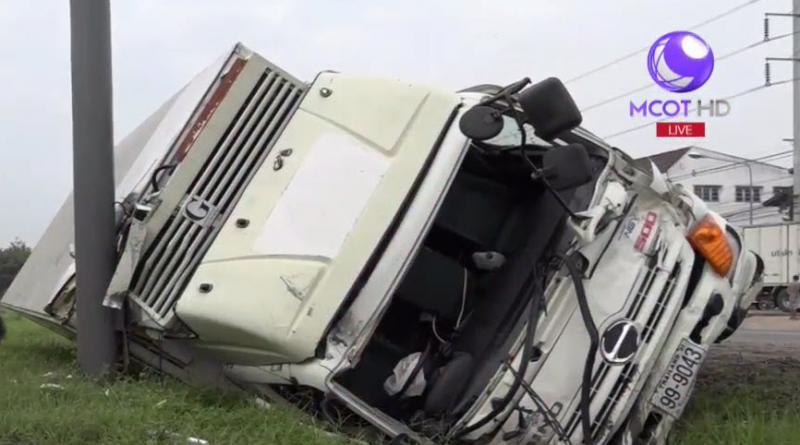 A 10-wheel truck racing along a road in northeastern Nakhon Ratchasima province smashed into a songtaew minibus this morning (Nov. 2) leading to 15 passengers as well as both drivers being injured with 5 in serious condition, Thai News Agency reported.

The truck had flipped into the gutter in the middle of Bypass Road which goes around Mueang district of Nakhon Ratchasima province, also known as Korat, and slammed into the minibus crushing it.

Among the 15 injured passengers were students, workers and older adults.

Investigation showed that the truck driver was coming at a high speed and when he reached the point of accident he had to dodge a car trying to overtake his vehicle forcing him to quickly swerve and then toppling into the gutter.

Top and inset: The truck which fell into the road gutter in Nakhon Ratchasima and the smashed minibus. Photos: Thai News Agency 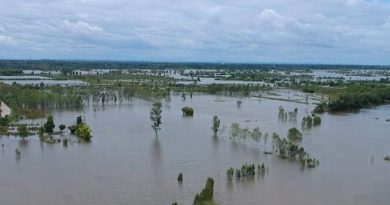 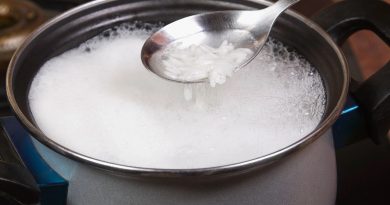 Tap water in Bangkok ‘is safe’ for cooking