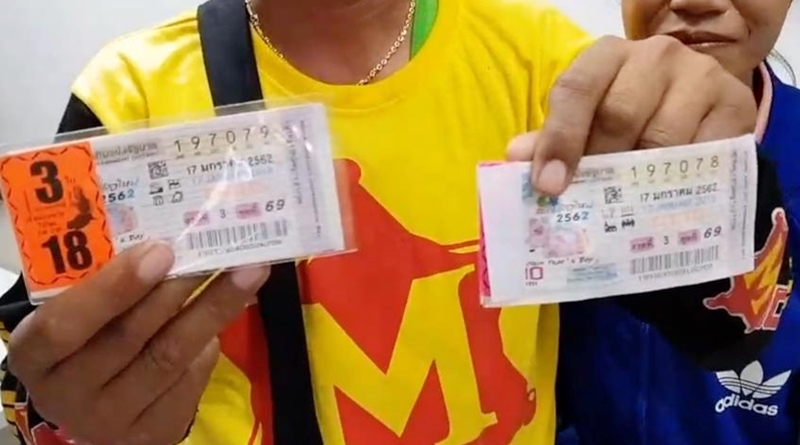 There have been 2 reported 18 million lucky wins so far of for the lottery of 17 January 2019. The first win comes from a family in Rayong province.

Sukanya a factory worker went to her local police station in Plauk Dang, Rayong province to file a report for her win. Sukanya won the biggest lottery prize for the number 197079 with three tickets coming to a total of 18 million THB! The tickets have been divided with one to herself, her aunt,  and her sister. Sukanya stated that she is a worker in a big industrial factory. She is originally from Kam Pang Perch province, later moving to Rayong for work. Sukanya also shared the amazing story of how she got the lucky number.

Just recently one day before her grandmother had passed away, as one of the few last sentences Sukanya’s grandmother told her is to buy a lottery ticket with the number 79. After the funeral ended on the 15th her family decided to buy 3 tickets with the number 79 and kept one each. Sukanya was working in her factory when she heard the happy news, she was hoping to win the two-digit prize but was extremely joyful after realizing her family had just received 18 million THB!

A part of the money will be used in religious ceremonies to thank her grandmother from above and the rest will be kept for family funds. Her family is extremely grateful for the luck that their grandmother left behind. The second win comes from a husband and wife in Kalasin province. The couple are lottery ticket sellers who happened to have over 100 tickets left behind. As soon as they realized the good news they wrote their name behind the three lottery tickets and then went to file a police report at the Nong Kung Sri police station in Kaladin province with their mother, aunt, and children.

Pinto the husband reported that the couple had been selling tickets for over 7 years. This round, they thought they were not so lucky after having over 100 tickets left behind but now they realize that luck was with them all along with the 18 million THB win. The money will be used to pay almost 500k of debt and the rest will be stored in the bank account.

FB Caption: Sukanya stated that one day before her grandmother died she told the family to buy lottery tickets with the numbers 79. 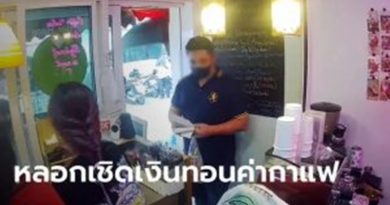 Man places 550 orders at cafe, does not pay and manages to steal from cafe. 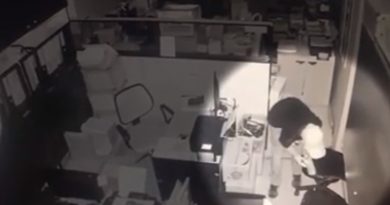