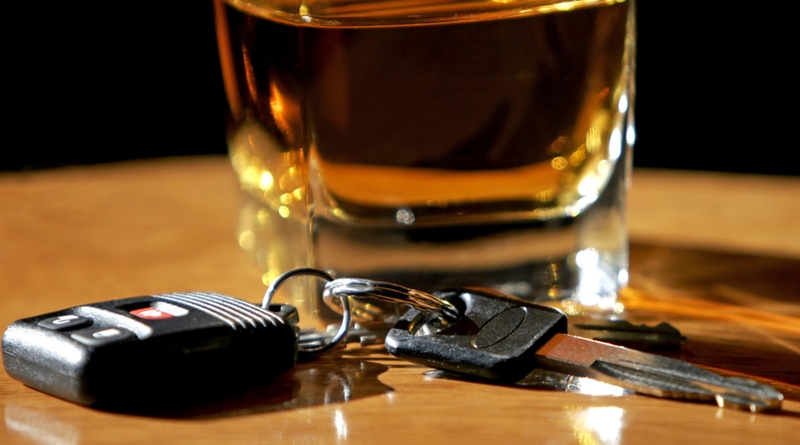 The Phang Nga traffic police called over a car on the side of the road to discover 2 drunk monks inside the car. The incident occurred in Takua Pah district, Phang Nga province at the Pom Khao Luk district checkpoint. Police Major Onnpon Kutchtamnon and other police officers stopped a suspicious black Chevrolet truck.

When the car stopped at the checkpoint the police saw two monks sitting in the front seat. The officers couldn’t understand what they were trying to say as they made no sense and appeared extremely drunk. The police then requested both monks to come down from the car. They discovered that the driver is Monk Prah Satayu Yodchatoh and the other monk is named Monk Prah Numchiew Panyateepoh. The monk who was driving the car stated that he was a monk at a famous temple in Phang Nga. He was drinking with Prah Numchiew and finished a bottle of whiskey. When both became drunk they decided to borrow a car belonging to their friend at the temple to go visit some family relatives in Khao Lak district. The trip came to an end before he could reach his relatives as the police called him over at the Khao Luk checkpoint.

The police brought some normal clothes for both of the monks to change into and will be prosecuting both of them with the law just like any other DUI drivers.

FB Caption: The police brought some normal clothes for both of the monks to change into and will be prosecuting both of them with the law just like any other DUI drivers.