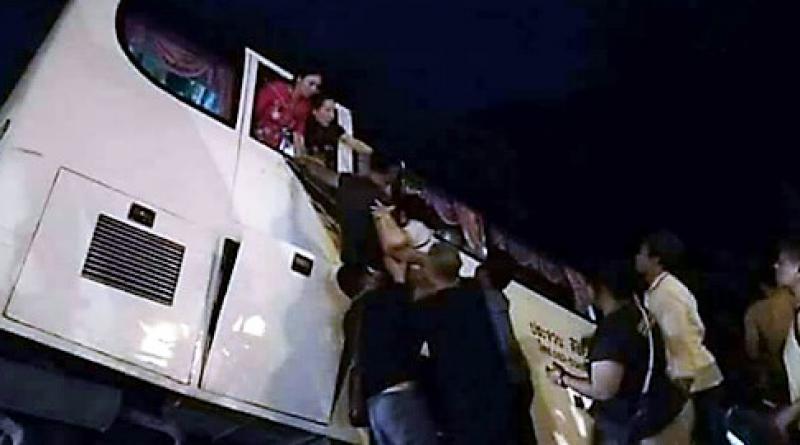 A BAD accident took place in Phuket last night (August 6) when a tour coach full of Chinese tourists slammed into a samlor carrying Japanese visitors and a van carrying Thai passengers leading to a total of 25 people being injured, INN News said this morning.

The tour coach had picked up Chinese tourists from Phuket’s Kathu district and was on the way to drop them off at their hotel on Patong beach when the brakes failed at a sharp bend.

The out of control coach hurled ahead and hit the samlor with Japanese nationals and the van with Thai passengers before slamming through the mental fence at the side of the road and hitting a water main and a big pillar.

Of the 25 people who were injured 17 were Chinese tourists, three Japanese nationals and five Thais.

Patong police had rushed to the scene of the accident and are now investigating it to proceed with legal action. 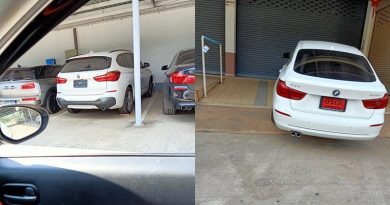