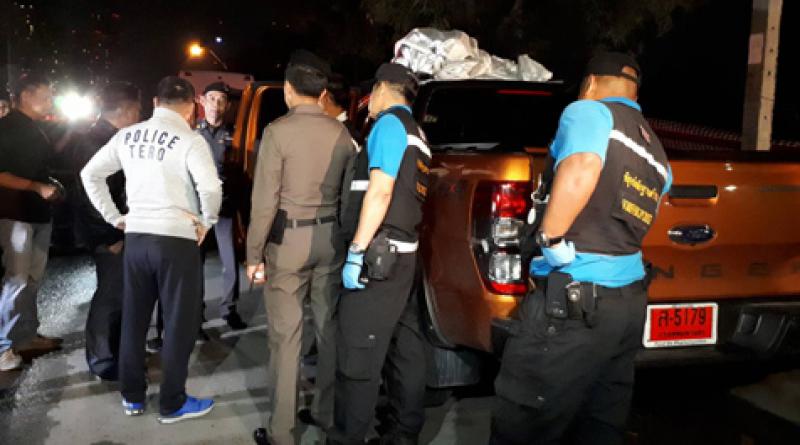 POLICE were quickly able to arrest three of five robbers who stole 196 million yen or around 60 million baht at the car park of a condominium in Ratchada soi 30 on Monday night and have recovered all of the large sum of cash, INN News said today (Oct. 5).

Police investigators told INN News that they were chasing the other two robbers who attacked two men, Chitphat or Nay Phithakkitchwattana and Kiatpong or Oui Phengjim, who brought the millions of yen from Suvarnabhumi Airport to the condominium.

They had got it from Pattirich or Toto Taerattanachai, 34, who runs a business trading in gold bars, ornaments and diamonds.

Pattirich had taken some of the precious merchandise to Japan and returned with 196 million yen stored in a suitcase and a backpack which he put in a sedan and told the two men to take to the condo.

The police investigators added these two men were not linked to the robbery.

National Police Chief Pol. Gen. Chakthip Chaijinda said evidence of the robbery was found in a red-plate orange-color Ford pickup truck which had been left parked and covered on Tiam Ruam Mit road near Thailand Cultural Center at around 2 am on the night of the heist.

Forensic officers lifted finger prints from the vehicle and a key card plus a key to the condominium was also found within it. 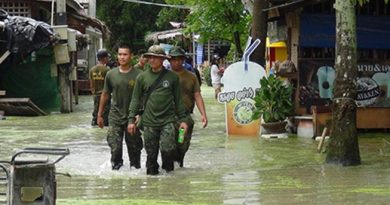