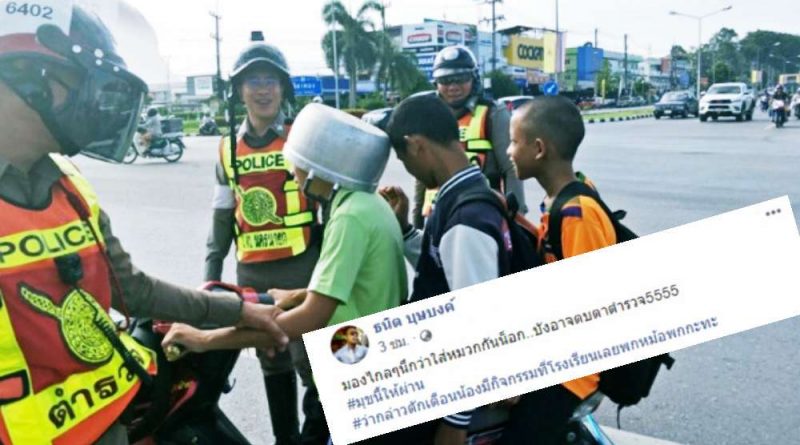 The Police in this incident were confused after seeing 3 students on a bike on the 8th of this month (August 2019), they called the students aside on the road and discovered that the young driver was wearing a cooking pot as a helmet. The driver put a metal cooking pot on his head in an attempt to fool the police into thinking he was wearing a safety helmet afar from the road.

The incident was shared online by a Facebook User named Thanit BunBong stating that there were 3 kids on a bike. From afar the police saw something shiny and thought the young driver was wearing a helmet, but there was something off and not right about the helmet. The police were confused at first, but they took it as a good joke and had a good laugh that day.

The Police Officer working that day from the Nakhon Nayok Province Police Station reported that he was working as usual on the road at an intersection. He then saw 3 students sitting on one motorbike. From where the officer was standing he thought the teenager sitting in the middle was wearing a helmet. So he called over the bike to ask them why the driver wasn’t wearing one too.

When the motorbike got closer he realized that the teenagers were not wearing any helmets, but instead the driver had a cooking pot on his head attempting to fool the police. He laughed and warned the teenagers to never have 3 persons sitting on a motorbike again and to wear helmets next time before letting them go.

As for the reason why the students had a pot with them, they were on their way to a cooking event at the school. As they saw the police officer standing at the intersection, one of the boys put a pot on the drivers head. The motorbike was properly registered and the police had a good laugh so the officer warned the kids before letting them continue the trip to school.

FB Caption: The young driver was wearing a cooking pot as a helmet. 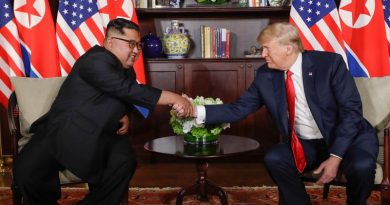 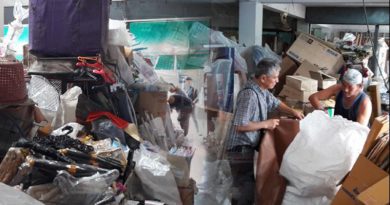 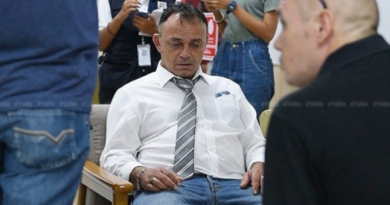