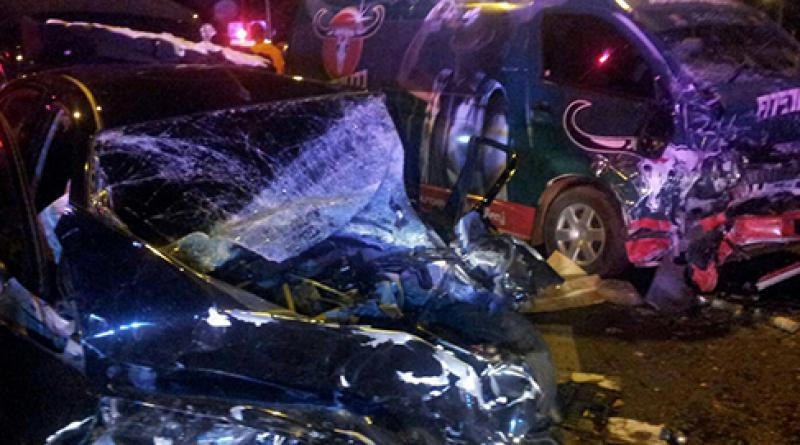 Pol.Lt.Col. Chuchart Uthisin, investigation officer at Muang district station, and head of the station Pol. Lt. Col. Chaiporn Pongsak rushed to the accident scene together with rescuers and medical staff from Kalasin Hospital and found the front of the sedan  completely wrecked and that of the van badly so. Eight people who were injured in this accident were rushed to both Kalasin and Kamalasai hospitals.

Police initially found out that the black Nissan March sedan registered in Kalasin and driven by Ming, 64, with his two passengers being Sompong, 71, and Ruagsak, 50, all of whom died in the accident, had suddenly zoomed into the lane where the Bangkok-registered van was cruising along and slammed hard into it.

The van was driven by Somchai Premproy, 34, and there  were six passengers within it.