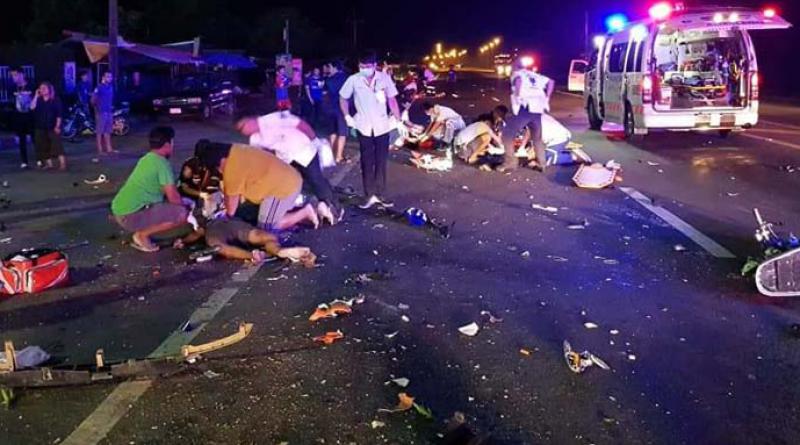 A GROUP of 7 teenagers racing at full speed on 5 motorcycles hit a pickup truck at one go last night with 4 of badly injured youngsters later dying in the hospital, Sanook.com reported today (May 6).

The horrific crash occurred at 11.30 p.m. in northeastern Buriram province’s Mueang district  and police together with rescuers from Sawang Chanya-tham Foundation who rushed there found the 5 motorcycles completely smashed with only basic structure still in one piece.

The 7 teenagers, aged between 15 to 17, were in critical condition and some were given cardiopulmonary resuscitation (CPR) before being sent to Buriram Hospital.

However 3 of them succumbed to their injuries and died at 1 a.m. this morning while the 4th passed away  at dawn.

Eyewitnesses told police that the black pickup truck had slowed down as it started turning into a petrol pump when the 7 teenagers on the 5 motorbikes zoomed up very fast and slammed straight into the bigger vehicle.

Top: The badly injured teenagers being given first aid and taken to Buriram Hospital after the bad crash last night. Photo: Sanook.com 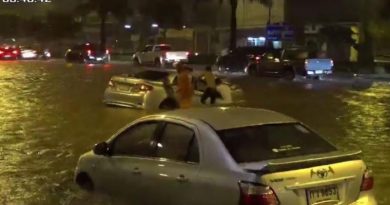 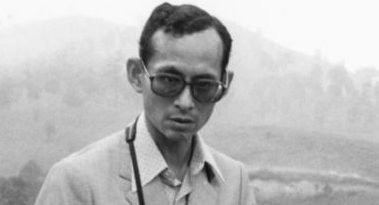