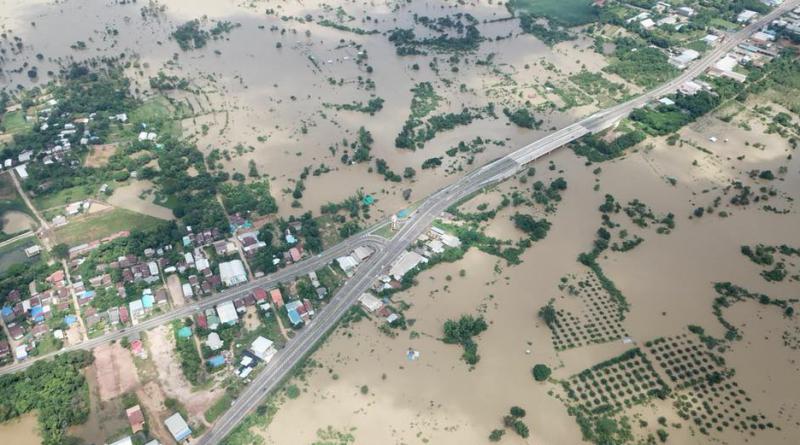 All provincial agencies are coordinating in handling the floods and all 8 Pak Moon dam gates have been opened to release water to Moon river, a tributary of Mekong, so as to receive the gush from the latter.

Officials said Mekong river water is rising continuously after heavy downpours lasting many days and is also swollen with water flowing downstream from the north leading to rivulets overflowing and flooding many homes.

However Mueang Ubon Ratchathani is not in danger of being flooded because full preventive measures have been implemented.

More than 500 homes have also been hit by the runoff with rescue workers and local officials now helping residents to move their property to higher ground. Mae Sai District Chief, Somsak Kanakam, reported some 5 villages have been hit by the floods with some families trapped in their homes waiting for rescue. A temporary shelter is being setup to handle the situation.

In northeastern Nong Khai province, the Mekong river has risen by close to one meter with water at the Department of Water Resource’s hydrology office measured at 10.55 meters in depth, just 1.65 meters from the top of the bank. The water is expected to exceed 11 meters tomorrow and has already started to impact some 80 fish farms, forcing farmers to sell their fish prematurely.

The Mekong river has risen 20 centimeters today in northeastern Bueng Kan province with the level at Baan Saen Charoen now at 11.7 meters, 2.3 meters from the bank. Authorities working with the Marine Department have begun to warn shoreline communities both in Thailand and Laos.

The water has also swelled the province’s streams, flowing into farms and damaging one construction project. The rapidly rising water has been attributed, in part, to releases from Laos.

In the south, the Phang Nga river has risen significantly prompting authorities to open all sluice gates to increase drainage into the sea. Residents in the districts of Takua Pa, Kapong, Tai Muang and Mueang Phang Nga have been put on alert for flash flooding, runoff and landslides. 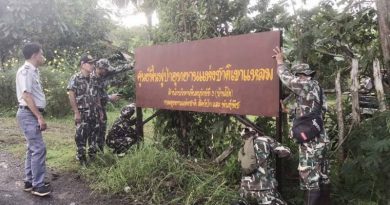