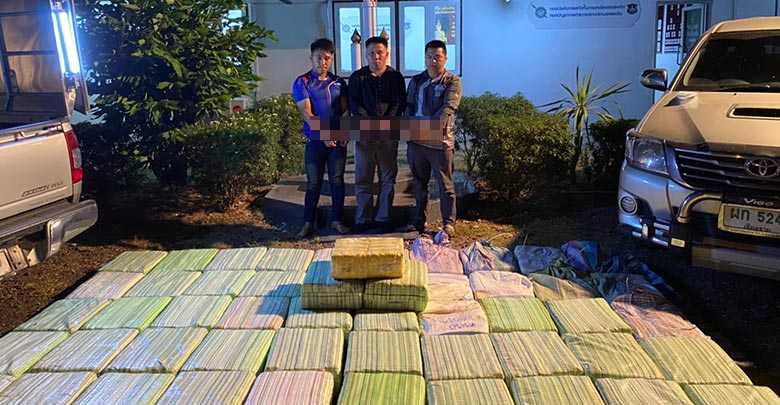 Police Lieutenant General Chinaphat Sarasin from the Narcotics Suppression Bureau (NSB) reported cases that recently took place involving drugs. There are 2 cases that include large piles of evidence locking down the suspects. Both of these cases involve a truck and an attempt to hide the drugs in large sacks mixed in with dog food.

The first case is the arrest of Jiradech Isipriya 39 from Chiang Mai Province and 3 other members of the gang in Kamphaeng Phet Province while they were moving 5.3 Million Yaba pills to deliver to a customer. Officials received information that a drug gang was about to move in a big delivery. This was a large delivery and it is possible that more than 1 customer is interested in the high demand product.

The gang was ordered by a big boss to move drugs from Chiang Mai into provinces in Central Thailand. The Yaba pills would travel from Chiang Mai to Lampang, Tak, Kamphaeng Phet, and Nakhon Sawan. Then on 3 March 2020 at 18.20 officials found a suspicious truck at Payuha Checkpoint in Nakon Sawan Province. They scanned the truck and saw large bags of dog food, mixed in with the attempt to blend in was Yaba pills. Police opened the bags to find piles of drugs. The suspects admitted that they have done this at least 3 times.

The next case also involves a suspicious truck that police had to chase after. Information revealed the exact details of the truck with drugs inside. When officials saw the truck they gave a signal to stop, but instead, the driver attempted to drive away crashing into 2 police vehicles on the way. Officials couldn’t give up just yet and kept on following the truck until it was cornered before driving off the road. 2 men were arrested, both were from Chomphon Province. Inside the truck were 1,000 kilograms of marijuana. 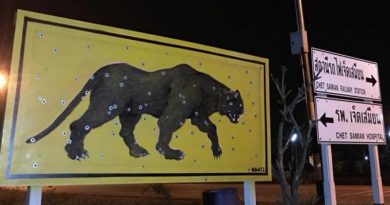