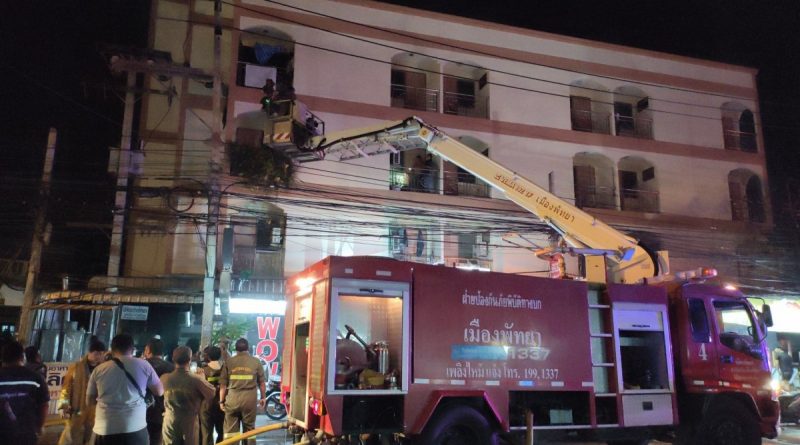 A 5-year-old child has survived a 4-story apartment fire in Pattaya, Chonburi Province. The Pattaya City Radio Station received notification of a fire at 1 am on 11 February 2020. Police, firefighters, and the local rescue team went to the location in Bang Lamung District, Chonburi Province right away. Large groups of people surrounded the apartment. Heavy smoke was coming from the room under the first story stairs. This was a busy apartment, with many residents coming in and out at all times during the day.

Flames continued to spread as officials entered the building. They helped those inside leave the building one by one. Officials also helped those who were stuck upstairs drop down to the ground using ropes. They slowly came down from behind the building, this was not an easy mission as there was a lot of smoke with a group of people waiting for their turn to escape the fire. A 5-year-old boy lived on the 3rd floor, officials successfully helped the boy come down safely. The fire is believed to have started in the front of the building. Officials were able to control the flames after 30 minutes. There were those who controlled the flames from the front and others who helped people escape from the back.

Every resident in the building has escaped successfully with only minor injuries as a result of good teamwork and help from the authorities and volunteers. Most who escaped from the fire are still under shock even after the fire was under control. They never thought life could come at risk so easily. The room under the stairs has a water pump and a gas tank inside. Everything in the room was totally destroyed by the fire. One of the victims stated that she was sleeping and woke up from loud shouting. She noticed a burning smell and opened the door. This is when she realized there was a fire. Officials helped her come out of the building safely.

FB Caption: No one has been injured in the apartment fire thanks to officials and good teamwork.

Child left behind in school van results in death. 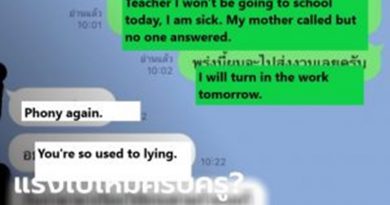