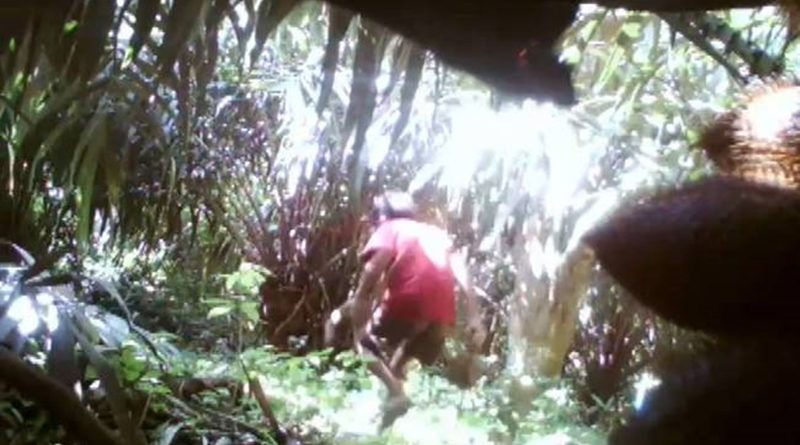 A farm owner in Krabi Province notified the police about a Durian thief that stole over 500 kg of Durian within a 1 month period. As a result, the owner has lost a lot of money. He decided to secretly place a security camera that caught the thief in live-action.

Police Captain Chokdee Petchduang and other police officers from Lamtap, Krabi Province went to inspect the farm on 29 July 2019. Narongchai 39 years old the farm owner stated that he owns an 18 rai fruit farm. His fruits have never been stolen in the past. This was until 1 month ago when over 500 kgs of durian and snake fruit were stolen from his farm.

The footage showed thieves coming in to steal the fruits on 3 different days 1. 22 July at 23.00, 2. 25 July at 16.30, and 3. 26 July at 9.50. There are 2 thieves working together, a teenage boy and an older woman around 35 – 40 years old. After the police received the evidence they went to inspect a location where palm tree farm workers stayed at. When the police arrived the suspect was gone, but they left behind a large pile of durian peel. The owner of the building reported to the police that there were 6 workers living at the location and all of them were currently working at a palm tree farm nearby. The police informed the building owner to tell all of the workers that they needed to come and meet the police at the police station.

Narongchai reported that he came in to file a report with the police because he has had enough, over 500 kilograms of durian alone has been stolen within 1 month from his farm. Furthermore, other fruits have also been stolen but durian is the most expensive fruit. He trusts that the police will deal with the thieves now that they have an idea of who it might be.

FB Caption: The farm owner has had enough after over 500 kilograms of durian was stolen from his farm within 1 month. 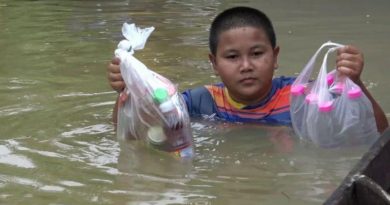 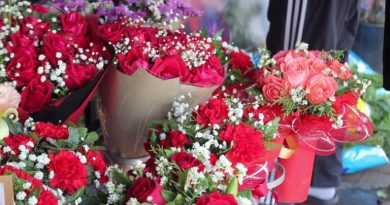