This is a love triangle between 2 older men and a 31 year old woman. The 69 year old and 72 year old men engaged in a battle over the woman. On the other hand, the woman later stated she doesn’t feel anything with both the men. She had just been through a breakup and did not want to start another story with anyone. Pol. Capt. Pongsakorn Ornsaluay from the Satuek District, Buriram Province received a report after a person was shot and taken to the Satuek Hospital on 11 July 2021.

Officials discovered Samran 69-year-old was shot in his right leg and was about to receive surgery to remove the bullet at the Buriram Hospital. Police brought Thongpun 72-year-old the main suspect to the Satuek Police Station for investigation. Thongpun stated he did not shoot Samran. He also stated there are no personal problems with Samran. There is a woman named Namfon who he does not care about, although he has given her some money in the past.

Namfon 31-year-old stated she just broke up with her boyfriend 2 months ago. Samran and Thongpun both lost their wives and have been trying to get close to her. Not long before the incident Samran asked Namfon to never visit Thongpun’s house. She believes they have been fighting and one of them shot the other. Namfon knows both are jealous of her and the date of the incident is also her birthday. Namfon does not feel anything for both of the older men, she also does not want any future with them. She did not mention that Thongpun has helped her financially. Police will continue the investigation on both men to find out what happened and whether Thongpun was the person who shot Samran on the date of the incident.

FB Caption: Namfon does not want to build a relationship with any of the men. 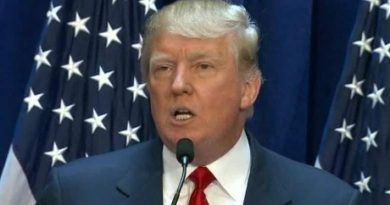