Police Colonel Siripob Anusiri from the Bang Bua Thong Police Station went to meet with Police Major General Paisarn Wongwatchmongkol the Commander of Nonthaburi Provincial Police at the Bang Phut Police Station in Nonthaburi Province on 5 October 2020. The meeting was to update the current updates in the ongoing investigation on foreign teachers at the Sarasas Witaed Bangbuathong School and the Sarasas Witaed Sainoi Pitiyakarn School.

On 2 October 2020 officials from the Nonthaburi Immigration Police, Bang Bua Thong Police Officials, Bang Bua Thong Administrative Officials, and other related officials went to inspect the foreign teachers working as language teachers at the Sarasas Witaed Bangbuathong School and the Sarasas Witaed Sainoi Pitiyakarn School. This investigation started with the Sarasas Witaed Ratchaphruek School when teachers at the school were found abusing the young children. Some of these abuse allegations include children being hit by a dustpan, children placed in black garbage bags, children harmed by the teachers, and even more. Parents have a pretty strong collection of evidence, mainly from the school’s security cameras in the classroom. Since the news came out, parents are in fear that their child may have been dealing with the same abuse, not from fellow students but from the teachers.

Upon inspection, Sarasas Witaed Bangbuathong School has 66 foreign teachers and all have the proper documentation including their work permits. No teacher at this school has been found to break the law. Results have been different at the Sarasas Witaed Sainoi Pitiyakarn School. There are only 14 foreign teachers working at the school, with half of them found with no proper documents, they do not have work permits allowing them to work in the country. It is unclear whether these so-called teachers have certificates or anything that may qualify them to be a teacher. All 7 teachers have admitted to officials that they have been working at the school since July 2020 without working permits. They receive their pays in cash, approximately 17,000 THB per month. The 7 teachers have been arrested and delivered to the Bang Bua Thong Police Station.

FB Caption: Since the news came out, parents are in fear that their child may have been dealing with the same abuse, not from fellow students but from the teachers. 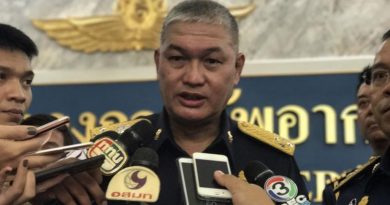 Air Force Chief: Military is not separating from NCPO 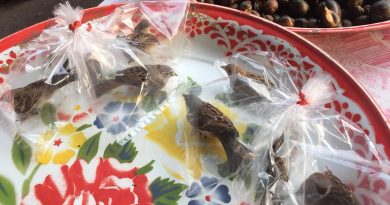 A sparrow in a tiny bag