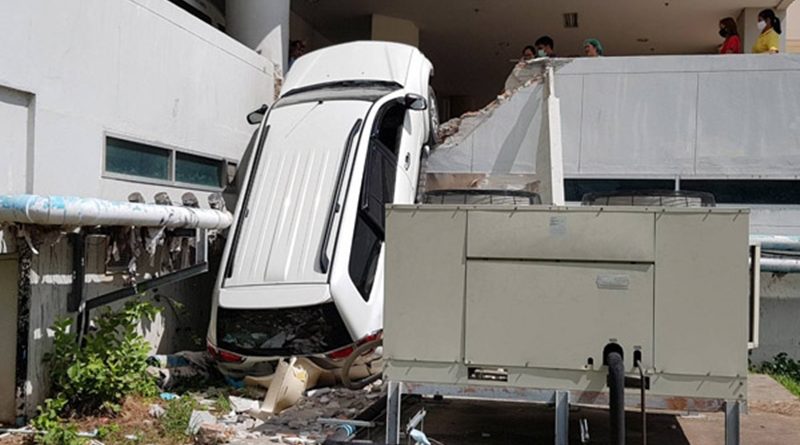 A 74-year-old grandpa reversed through the wall of a hospital parking lot, with great luck he is only slightly injured. Police Major Siri Jundeesri from the Chaiyaphum City Police Station received notification about a car that fell from a building. The car had reversed through a wall onto the ground 2 meters below, there was an injured person. Officials arrived at the Chaiyaphum Ram Hospital and found a White Mitsubishi Pajero with the windshield pointing towards the sky. The car was near the Emergency Room entrance. Remains of the wall covered the area surrounding the vehicle. Hospital personnel were rushing to help the man out of the vehicle into the ER.

The grandpa was only slightly injured, still in shock when police arrived. A hospital employee stated that Priwat 74-year-old regularly brings his wife in regularly to doctor appointments. After he dropped the wife off grandpa went to find parking as usual. Instead of parking as normal, the grandpa accidentally reversed into a wall, so hard the car fell through onto the ground. The windshield ended up pointing towards the sky, the same as the grandpa. Because the incident took place inside a hospital near the emergency room, the grandpa was quickly rescued and is now safe in good hands.

Police reveal that no one has come in to file a report on the incident. This concerns the hospital as they can file a report to claim for damages. The grandpa can also file a report regarding the damages on his car to claim from his insurance provider. Officials will be calling in the concerned insurance companies to help find a solution for both parties. Priwat is still in shock after the incident and will reconsider whether he should continue driving in the future. 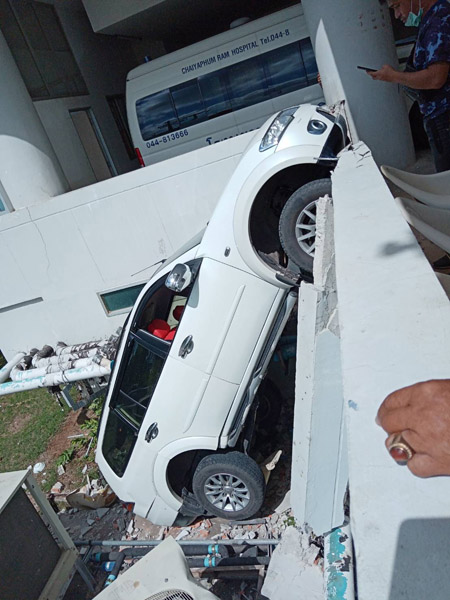 FB Caption: The windshield ended up pointing towards the sky, the same as the grandpa. 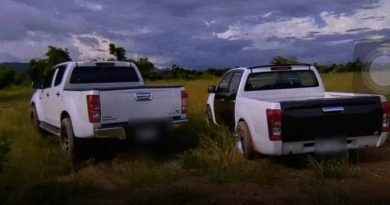 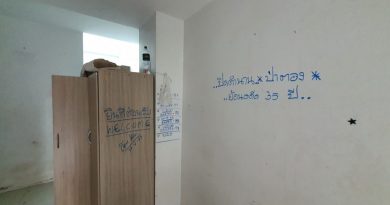