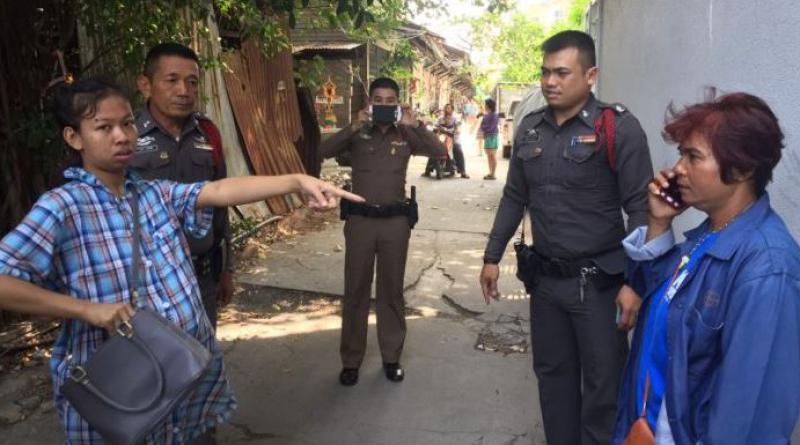 AN 8-month pregnant woman chased a female thief who stole her wallet holding her hospital card from her house just as she was repairing a hedgehog cage and succeeded in getting her belongings back, the Thai-language daily Matichon reported today (March 3).

Ms Saowarot Wansa, 21, was busy fixing the cage at her unnumbered house  in Soi Khao Noi, Chonburi, when a woman came up and asked her whether there is a house for rent in this area.

She then walked into her house and walked out again looking a bit strange, so Saowarot went in to check her purse and found that her wallet holding 1,200 baht, her ID card and most importantly Chonburi Hospital card, plus a mobile phone, had been stolen.

She ran after the thief and saw that she was walking out of the soi. She managed to get a motorcycle taxi driver to help her catch the thief, and succeeded in doing so.

However, after she was caught she said she had to go to the toilet badly and as there were none around, squatted by the roadside. Just as the motorbike taxi driver looked away, she ran into a dead-end soi, but was caught, with the police arriving just then and arresting her.

It was later found out that the thief’s name is Mrs Chutikarn Amphueng, 45, a resident of Chonburi, and it is alleged that she had previously used this trick to steal from many other houses in this province.

Saowarot said she ran after the thief because she is heavily pregnant and did not want to lose her hospital card, as it would cause a big problem for her, especially so because she has an appointment with the doctor on March 5.

She added that while running her belly did hurt a little bit.

Top: Saowarot pointing to the thief she and a motorbike taxi driver caught. Photo:  Matichon 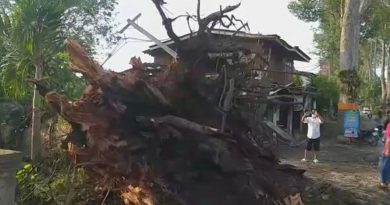 Chiang Mai back to normal after big storm 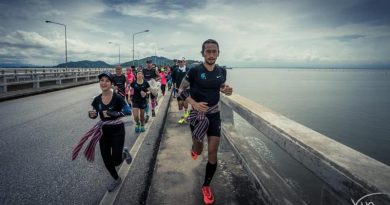