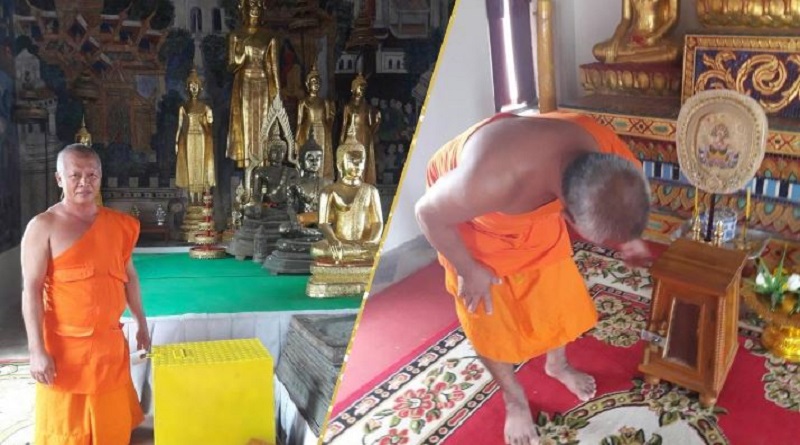 TIRED of thieves stealing money from two wooden donation boxes in his temple, the abbot of Uposataram Temple in the central Thai province of Uthai Thani decided to solve the problem once and for all, the Thai-language daily Thai Rath reported today (Jan. 27).

Armed with a soldering machine, the abbot built a new steel donation box from iron plates donated by laymen in the city.

Painted in yellow, the new, shiny steel donation box is placed in the same location. “I hope this will solve the problem once and for all,” the abbot said, as donors queued up to put banknotes in the box.

Top: The abbot standing next to the temple’s new donation box at left, while at right he is looking at one of two wooden donation boxes often robbed. Photo: Thai Rath 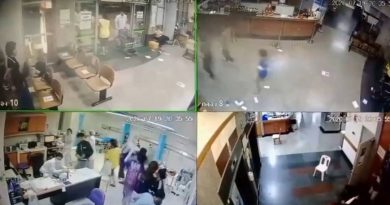