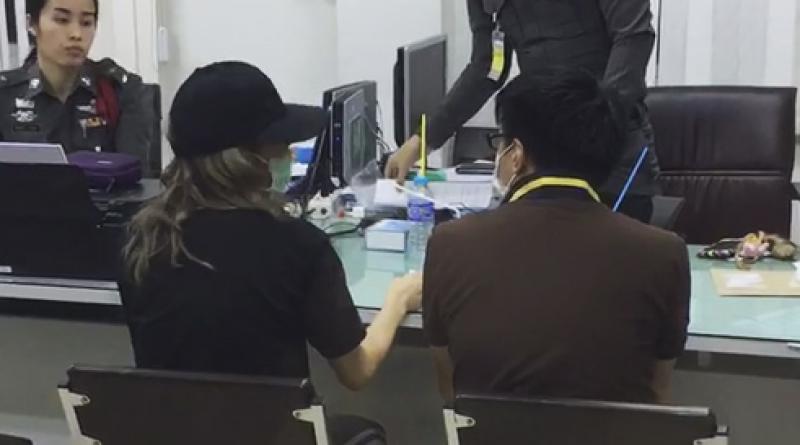 FORMER famous leading star Ameria “Amy” Jacobs was stressed during her first night in a police cell but was able to sleep and police will be taking her for detention at Minburi court this morning (Sept. 20), INN News reported.

Patrol and Special Operation Division Police (191) arrested Ameria Jacobs or Amy, 28, a former star of a TV drama and former Miss Teen Thailand 2006 and her boyfriend Punyawat Hiratdecha, 40, after they found 70 grams of crystal methamphetamine (Ice) and 16 Esctasy pills as well as intake equipment at a house in Sai Mai area and took them to Sai Mai police station for further legal action because this area is under their jurisdiction.

After Sai Mai police finished questioning the two of them and informed them of the charges they face they were locked up in separate cells at the station. Police said while Ameria showed signs of stress she was able to sleep.

They added that investigators will be taking them for detention at Minburi court at around 9 am this morning.

Meanwhile Thai News Agency quoted Ameria as admitting that she had been taking Ice for over a year now with the reason being that she was stressed out after acting jobs decreased.