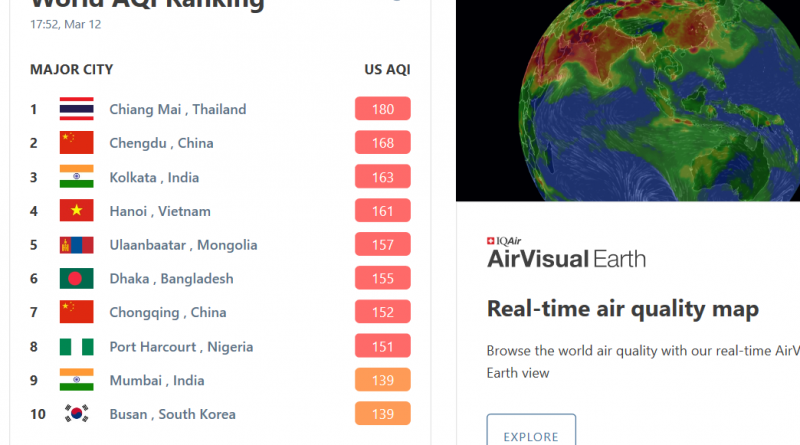 The air quality crisis of PM2.5 began in Bangkok where it lasted for a few months but is now in better control. The crisis has been moved to Chiang Mai, one of the most visited cities in Thailand. Today (12 March 2019), Chiang Mai has made its way to No.1 of the city with the worst air quality levels in the world ranked by AirVisual. Several flights have decided to cancel and delay certain flights due to the thick dust fog at Chiang Mai International Airport. This is the worst dust fog that has taken place so far this year and it is only the 3rd month of 2019. One of the affected airlines is Bangkok Airways that had to cancel flight PG 351 Chiang Mai – Mae Hong Son scheduled to depart at 9.20 am. The main reasoning is due to the heavy pollution fog taking over Mae Hong Son Airport, making it the airplane landing impossible.

The leading air quality index website Air Visual at airvisual.com has reported at 3 pm of the same day that the AQI levels of Chiang Mai has made its way and became the city with the worst air pollution in the world, with a number of 270 and PM2.5 at 220. The air pollution in Chiang Mai is rated as “very unhealthy”.

To remain safe, citizens of Chiang Mai and nearby provinces are highly advised to wear masks when outside and to have at least one air filter in their homes or bedrooms. The fine particles will enter households and definitely affect your breathing system without proper protection. 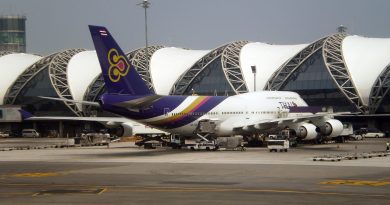 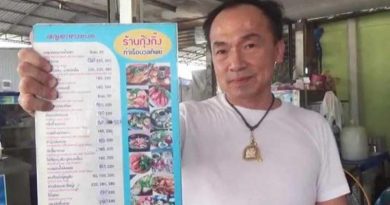