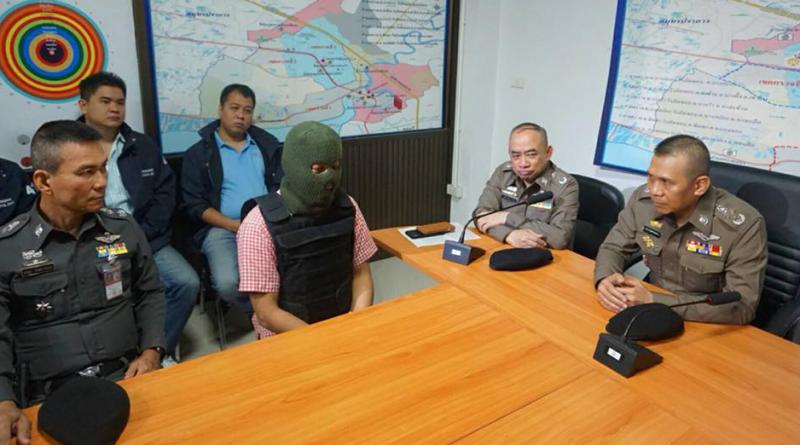 Pol. Gen. Chalermkiat Srivorakhan revealed that the cooperation between investigators from Bang Pakong police station, Chachoengsao, and Region 2 has led to the arrest of 48-year-old Mr. Rungroj (Keng) Boonprakob, residing at 1/5 Moo 1 Tambon Bang Samak subdistrict, Bang Pakong district, who has a work title of director of the public health and environment office in Bang Samak.

He was arrested along with a Honda motorcycle, one 9mm semi-automatic pistol with its bullet magazine, one crash helmet, one pair of gloves, one black shirt, one pair of long deep-blue pants and one knitted face mask.

It was reported that at around 3.30 pm on Wednesday, January 31, 2018, there was 593,890-baht robbed from Krungthai Bank’s (KTB’s) Tesco Lotus Bang Wua branch. The robber then fled on a motorcycle as seen in the public media reports.

Shortly after the incident which happened in a sensitive area where large crowd gathers for their usual transactions, the priority had been given to commanders in all respective levels to focus and strengthen the case’s investigation and collection of possible related evidences and witnesses which led to the eventual arrest.

Pol. Gen. Chalermkiat said that from the interrogation, Mr. Rungroj admitted to the robbery and has acted alone on his own behalf. He used a sticker sheet to cover the red color of the bike and later peeled it off after he fled the scene back to his residence. He then hid the pistol, helmet and the clothes he wore within the house and continued his normal life until he got arrested.

Regarding the over 500,000 baht robbed money, he told the police it was all used up to clear debt. He even acted very helpful to police’s investigation by informing and taking the police places.

Police said the suspect needed the money to clear the debt of a close friend who was heavily in trouble of meeting the debt-repaying deadline of Feb 1, but refused to name the friend who he was willing to risk his 27 years of government service along with a director position for, while at the same time, denied to the police that he himself had gambling debts. He told the police that robbed money had all been used to clear his friend’s debt and nothing left.

Mr Rungroj (Keng) also claimed he did not plan in advance for the robbery, he had spent some time circling around in his house thinking before committing the self-claimed first-ever offense and that the pistol used was just an unloaded blank firearm.

He also denied any link to the combined 2 million baht earlier robbed from two Thai Military Bank branches in Bang Wua in 2014 and 2015, said the police. 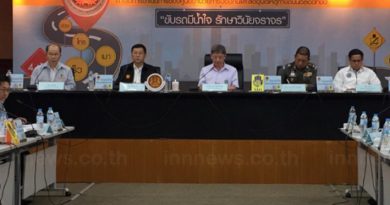 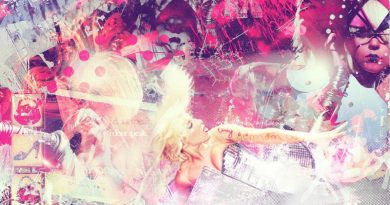