A King Cobra was found hiding under a six-wheeler truck in Chanthaburi Province. After at least 1 hour the snake was finally caught and measured over 4-meters long and weighed 15 kilograms. The local rescue team received notification from Kamonchai Bunsawat 39-year-old that a kind cobra was spotted hiding under a six-wheeler truck parked in house no.47 Song Pee Nong District. The home belonged to his relative and with fear that someone might get injured he decided to call in for help.

The local rescue team contacted Nattapon Sueknam a venomous snake specialist and the Chanthaburi snake protection group. The persons contacted and the rescue team then travelled to the location with equipment required to catch the snake. The team met Kamonchai, his relatives, and other villagers. Kamonchai showed the team where he spotted the snake as it went into hiding under the big white truck with a no.70-2016 Chanthaburi license plate. The snake specialists started looking for the snake and it was spotted. They attempted to pull the snake out using special equipment, but the plan failed as it is hiding in a small space. The snake then started moving to the engine.

It ended up hiding near the oil tank when Nattapon used his hands to pull its tail. The snake was now on the road and started hissing at the team. They tried a different technique by using objects to distract the snake. Nattapon slowly walked behind the snake and used his bare hands to grab the head. Villagers watching were terrified as they saw the size of the snake and how it was hissing. The king cobra was finally captured, weighing over 15 kilograms and 4.07 meters long. Nattapon revealed there are a lot of snakes in Chanthaburi. In February and March 2021, they have captured 50-100 venomous snakes that will be released back into the nature.

FB Caption: The team have captured 50-100 venomous snakes within 2 months in Chanthaburi Province. 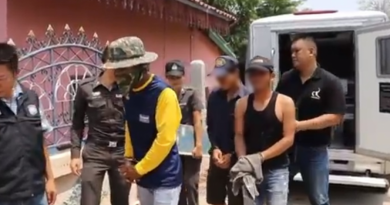 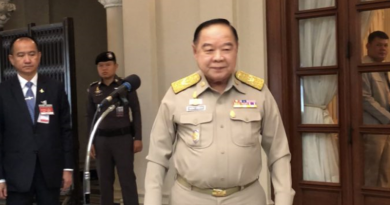