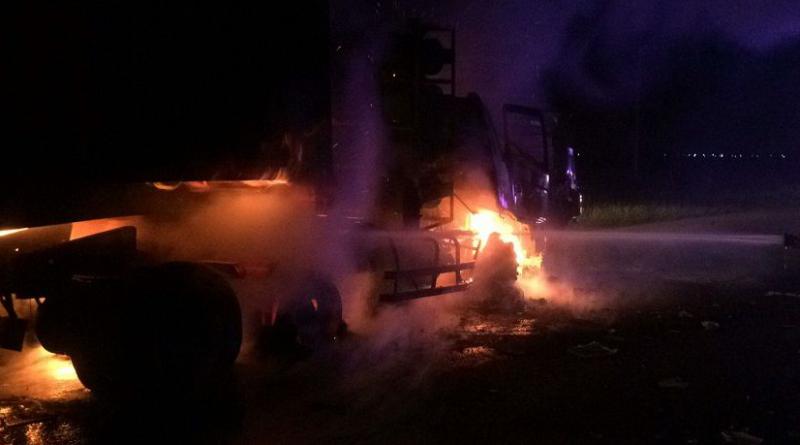 A BIG fire engulfed both a container truck and the 10-wheel lorry it had slammed into just outside a weigh station in neighboring Samut Sakhon province with the drivers of both large vehicles being injured, Thai News Agency said today (August 9).

At 2 am this morning police from Samut Sakhon’s Bang Tho Rat station and firemen rushed to the scene of the accident on Rama 2 road inbound to Bangkok and found that the container truck full of canned pineapple had slammed hard onto the rear of the 10-wheel truck carrying sawdust for delivery to Ayuthaya.

Police found out that the 10-wheel lorry had just driven pass the weigh station and had slowed down and moved rightwards to stop at a rest area when the container truck hit it with full force triggering the fire.

Police believe the container truck’s driver, who had quickly jumped out before the fire destroyed the front of the large vehicle, was drowsy when this accident occurred. 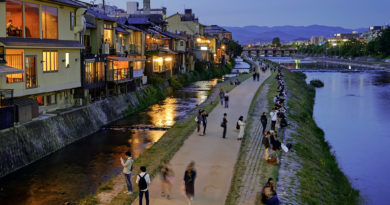