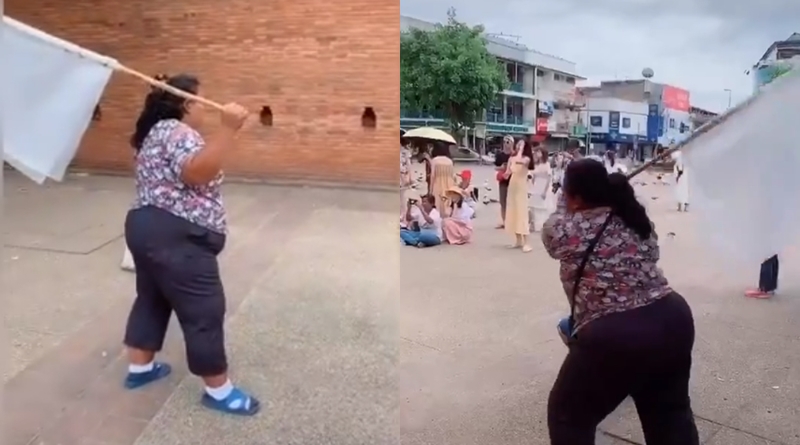 The story was made viral by Twitter account @siravariety when she posted a video of the bird chaser at The landmark location Tha Pae Gate in Chiang Mai Province. The tweet stated, “When you want good pictures, a new job is born from chasing birds at Tha Pae”.

The bird chaser in the video was using a piece of equipment that looked like a big hand fan to chase the hundreds of birds walking on the ground. She chases the birds mainly for Chinese tourists to get good pictures while at the attraction.

The Khaosod Online news team went to interview the woman in the video. They found her standing at Tha Pae Gate working with tourists. Nun 30 years old stated that she didn’t know there was a video of her chasing birds online that went viral. At first, she was shocked and was afraid of officials coming to kick her out from the area.

This is because Tha Pae Gate has a rule that prohibits the sales of bird food in the area, although she doesn’t sell bird food it was still a scary possibility. Nun has been scaring the birds away for about 3 months. It started from Nun delivering her child to a school near Tha Pae. She saw that there were many birds and tourists trying to get good pictures. She saw the opportunity to make some money for her family. Normally tourists will tip her 20 to 30 THB and she makes about 300 THB per day.

Nun made the giant hand fan from recycled plastic and 2 long sticks of wood. There are other bird chasers around the Tha Pae Gate but Nun thinks someone recorded a video of her because of her bird chasing equipment.

FB Caption: Nun saw many tourists trying to take good pictures but the birds kept getting in the way. She saw the opportunity to make some money for her family. 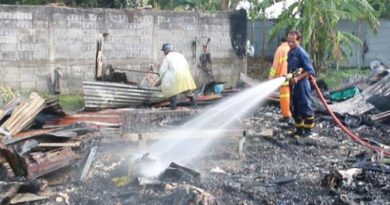 Sex in the store couple chased 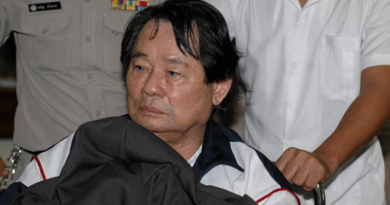