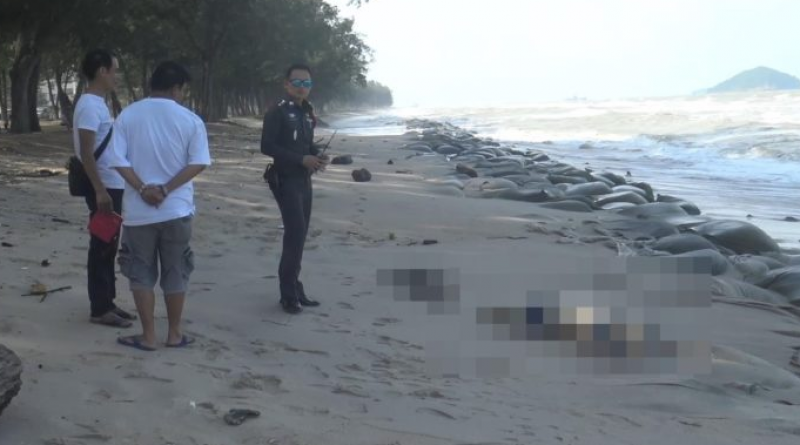 TOURISTS strolling along Chalathat Beach in southern Songkhla province came across the body of a man, who appears to be a foreigner, washed ashore by the waves, the Thai-language daily Matichon reported today (Feb. 6).

Upon being alerted at around 5.30 pm yesterday, Pol. Maj. Chatchawan Phookphan, an inspector at Mueang Songkhla police station, and Pol. Capt. Ekarat Phuthanuwatkul, a deputy inspector, rushed to the beach, and opposite The Pavilion Mermaid Hotel they found the body of a large, portly fair man wearing navy blue shorts and t-shirt who had been dead for many days.

As police initially could not ascertain whether the dead man had been murdered or not, they sent his body to Songkhla Hospital to determine the cause of his death and will be posting an announcement for relatives to contact them.

Mr Visut Buakaew, who found the body, said it was floating near him and he first thought it was a mannequin, but it was when the waves washed it ashore and he got within 50 meters of the body did he realize it was a human being, so quickly called the police.

Top: The body of seemingly a foreigner found at Chalathat Beach in Songkhla. 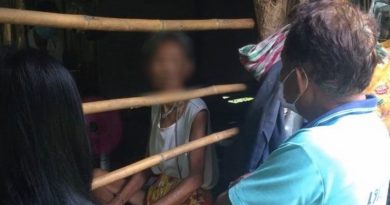