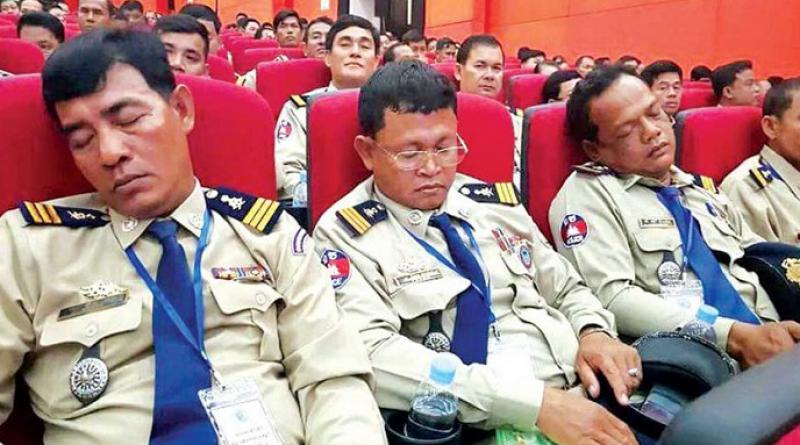 A PHOTO widely shared online this afternoon (June 8, 2018) is of three Cambodian policemen dozing off in a conference room while waiting for the arrival of Prime Minister Hun Sen, Sanook.com reported.

The three policemen and two colleagues, who posted the photo online, were temporarily suspended from duty after a barrage of criticism from social media.

“I took the photo before the arrival of the prime minister and just shared it for fun,” said one of the policemen.

“Unfortunately, the photo went viral on Facebook,” he said. “It happened before the prime minister arrived for the conference.” 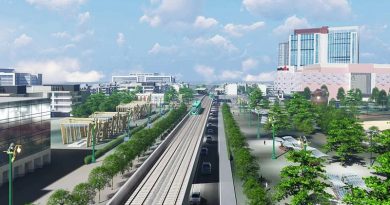