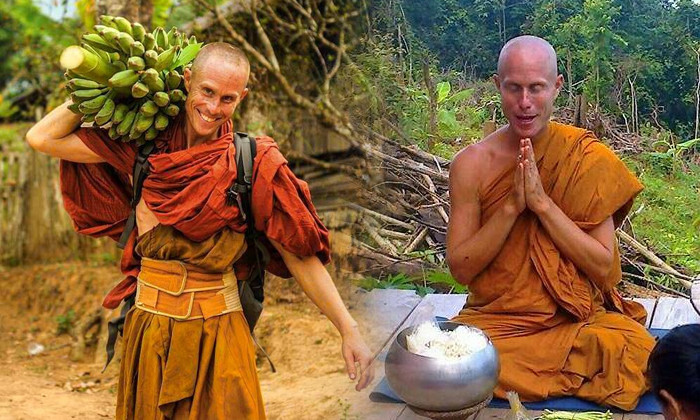 A CANADIAN who has been a monk for around 17 years and lives in Mae Hong Son is suddenly getting a lot of attention on Thai website Sanook.com after a Facebook user, who calls himself Somchai Somchai, wrote about him.

This western monk is Phra Julian who now lives in a jungle at Mae Hong Son’s Sop Moei district, Somchai Somchai wrote, adding that he only goes out for alms three to four times a week because he does not want to impose on the residents who already face hardship and survives through his own ability eating fruit and vegetables. After this post was shared more information about Phra Julian emerged and was again shared among this website’s netizens.

According to the new post, Phra Julian was a Canadian exchange student who specialized in agricultural studies. He was quoted as saying that he had been practicing dharma for 20 years and meditation helped him find the real happiness within.

He added in the post that meditation is actually about finding happiness and he encouraged everyone to meditate because only by doing so would they obtain true freedom.

The new post also quoted Phra Julian as saying that he previously lived in Canada, which he pointed out is quite a rich country, and while studying there he was a bright student. When he started working he was easily able to earn lots of money but he was stressed out and not happy.

After he gave up everything and became a monk 17 years ago, Phra Julian said in this post that he has completely change and today although he is very poor yet he is very happy and is certain he is walking in the right path to end sorrow. Phra Julian was also quoted as saying that he had been interest in meditation since a teenager and studied this on his own in Canada at the age of 16 to 17 years by reading books, including Zen from Japan, and practicing Yoga.

According to this post meditating is not difficult for Phra Julian and he was able to adopt it very easily with this possibly being because of his past life.

This post added that Phra Julian does not really know why but he really wanted to come to Thailand and did so when he was 18 years old through a student exchange program in agricultural field. It quoted him as saying that after being here only a short while  he felt deep inside that he had been here before and wanted to be here throughout his life.

Above and below: Phra Julian going about his daily life in Mae  Hong Son. 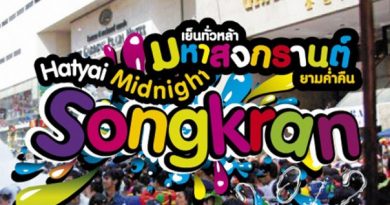 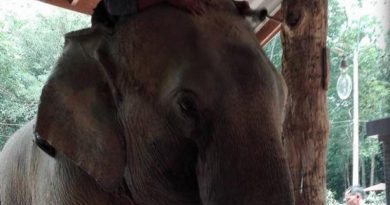