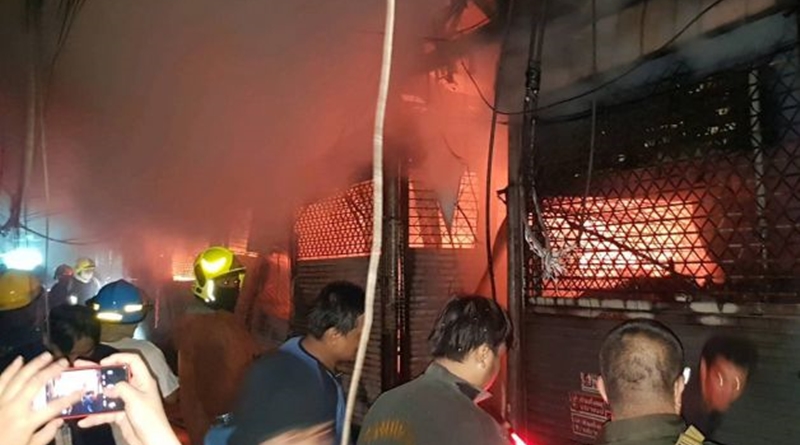 There was a fire at Chatuchak Market in Bangkok on 2 June 2019. The Chatuchak Market is a weekend market often known as JJ and is one of the largest markets in the world covering over 27 Acres of land. The fire started at around 9 pm in Section 25 of the market with flames and popping sounds.

The Fire Station was notified and almost 20 fire trucks were called to the market. Firefighters were finally able to control the flames after 1 hour. The Sutthisan rescue team and the firefighter later reported after the fire went down that the fire started in Section 25, Soi 3/2 of the market. Over 110 shops were affected from the fire, but luckily no one was injured from the incident.

When the rescue team and the firefighters arrived, they made sure to cut out the whole market’s power supply to avoid the flames from spreading any further. It took about 1 hour for the team to control the flames as winds were heavy and many items in the shops were flammable. The fire was near Gate No.1 at Section 22 Soi 4 and Section 25 Soi 3 with many shops that sold used books, handmade items, clothes, and art pieces.

This morning (2 June 2019), the Bang Sue Police Station, Chatuchak District Office, and the Directors of the Market worked together in helping the affected sellers. There were tents with police assisting the sellers in filing police reports. At the same time, Officials from the Metropolitan Electricity Authority and the investigation police went to look for evidence and the cause of the fire.

The seller whose name is registered as the owner of the shop is asked to file a report with the police who will issue a Material Damage Warranty Document. This document can be given to the district authorities who will issue a Victim of Fire Certificate. 10,000 THB will be given to those who hold this certificate from the Department of Disaster Prevention and Mitigation to aid in the recovery of the sellers.

The sellers will also have a temporary tent to sell their products. The completion of the new rooms is expected to be completed within 2 months with an estimated cost of 7 Million THB. The 110 sellers who are victims of the fire will be exempted from paying rent for 1 year.

The official cause of the fire will be addressed  by the evidence from the investigation police. It is estimated that the old electrical wires might be the cause as they have been used for over 30 years, the MEA will be installing new transformers to avoid the chance of a short circuit in the future.

FB Caption: The 110 sellers will receive 10,000 THB and 1-year free rent in their new shops to help aid in their businesses. 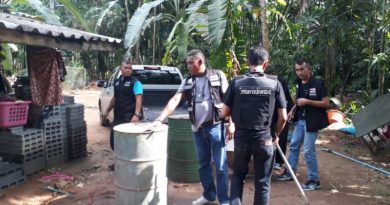 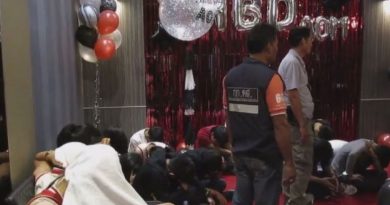 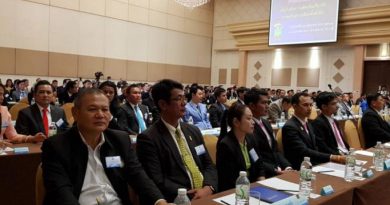