The Chiang Mai Police have found 303,000 Yaba pills in postal boxes. Investigation has led to 2 arrests. The suspects were arrested while they were waiting to escape using the train system. Police Colonel Nattapol Janmano from the San Kampang Police Station in Chaing Mai Province along with related officials reported the case on 9 November 2022. Investigation police received notification of a suspicious parcel that was supposed to be shipped to central Thailand.

The police went to inspect the parcel and inside was 303,000 yaba pills. The investigation team found evidence that showed what the shipper looked like along with the vehicle he was driving. Police shared the information to other police stations near where the parcel was sent. 2 suspects were revealed and arrested shortly after at the Chiang Mai train station. The suspects were planning to escape on the next train. They wanted to leave Chiang Mai and enter a different province on 6 November. Officials stated that shipping companies have rules to follow. The companies must collect information from all senders including the full legal name, the ID number, or the passport number.

This information will help keep information to where the shipment has come from and who it is tied to. It is also very useful in cases like this where drugs and other illegal items can be sent through the mail. Thanks to this rule police did not take long to track down the information of the sender. If the information was found any later, the suspects would have escaped on the train and much harder to track down. The police states that customers must understand this is a rule that needs to be followed. It is to help keep track of the shipments and to protect against the shipment of illegal goods.

FB Caption: All senders must provide personal information to protect against the shipment of illegal goods. 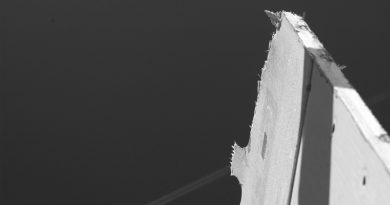 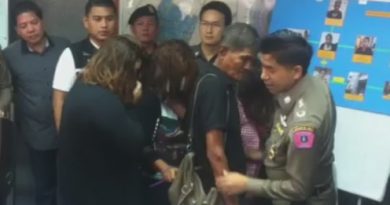