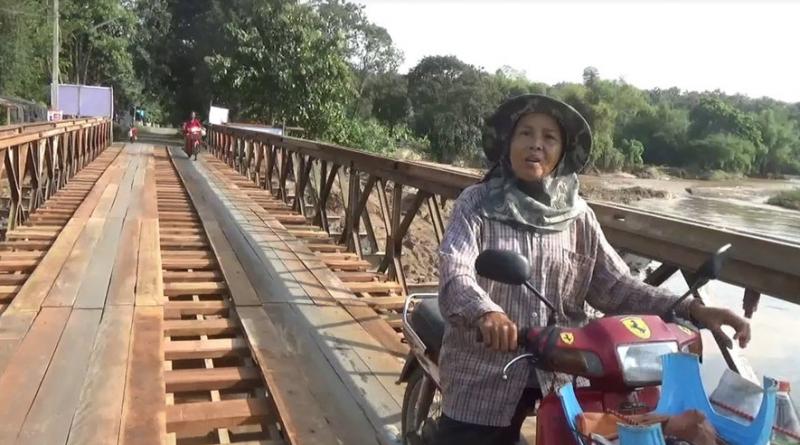 RESIDENTS of 2 northern Chiang Mai districts are cheering the opening of a Bailey bridge today (Oct. 28) after the previous one was destroyed by forest runoff, Thai News Agency reported.

The Highways Department’s bridge building and repair unit completed the construction of a Bailey bridge across Kan river with this again connecting San Pa Tong and Mae Wng districts after they were cut off when fierce forest runoffs toppled the old one several days ago.

According to Wikipedia the Bailey bridge is a type of portable, pre-fabricated, truss bridge. It was developed by the British during World War II for military use and saw extensive use by British, Canadian and US military engineering units

Chiang Mai residents can now use this new bridge normally with its structure being metal but the deck wood. However it cannot accept more than 5 tons in weight.

Mrs Wanphen Sornfan, a resident of San Pa Tong district who is among farmers affected by the current floods said she had put harvested paddy out to dry but it was all washed away by the floods.

However a little over 2 rai of paddy field was not flooded but she had to hire help to harvest the paddy there at over 4,000 baht with this leading to a loss.

Nevertheless she is happy that this bridge is built because she can again cross over to her farm and she thanks Chiang Mai governor and all official units for building it quickly. 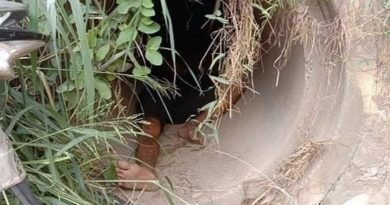 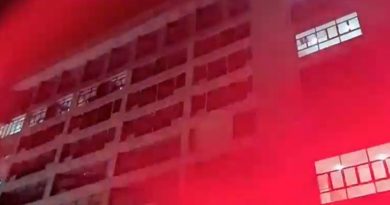 COVID-19 patient jumps to his death in hospital