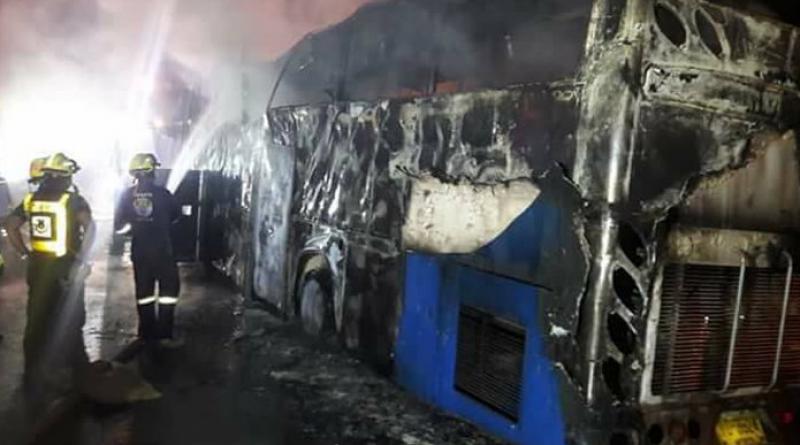 THE driver of a tour bus which was completely gutted by fire that killed 20 Myanmar workers and injured 3 others out of 47 traveling from Mae Sot to Bangkok said a cigarette butt which got into the luggage compartment sparked the blaze, Sanook.com reported this morning (March 30).

The 48-year-old driver told police at 6.30 a.m. that he picked up the 47 workers, 45 women and 2 men, at Mae Sot town on the Thai-Myanmar border at 11 p.m. and was driving to Bangkok in a convoy of 4 buses, with his fan-cooled bus being the last one.

As they neared kilometer 60 of Taksin the Great Park Road which connects Tak city to Mae Sot where the bus was parked and got completely gutted, he first got whiffs of cigarette smoke, so called out to ask if anyone was smoking, but got no reply.

A little later he smelt smoke and realized some luggage had caught fire, so he parked the bus and called the workers, who were mostly asleep, to quickly escape.

He smashed the glass windows and opened the emergency door, with vehicles passing by also stopping to help out, but the blaze spread very quickly as the bus was heavily laden with luggage.

He added that he feels sad and this is the first time in 30 years he has been driving buses that something like this has happened.

When police arrived at the scene, rescuers were spraying water onto the bus and after a little while they managed to put out the blaze.

The three injured workers, who got hurt while jumping out from the bus, were taken to the hospital.

However, the authorities have not yet been able to identify the 20 dead Myanmar workers because their bodies were badly burnt. 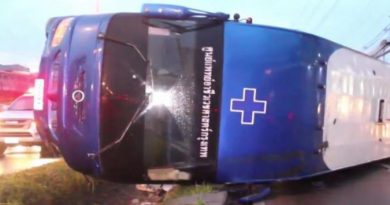 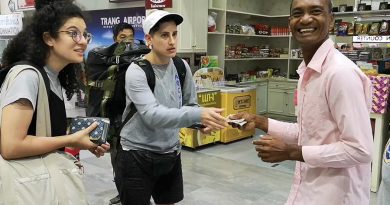