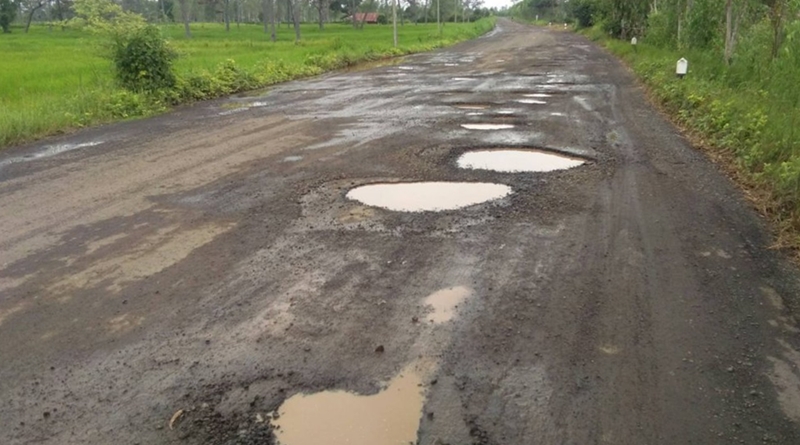 There are areas in every city that needs special care, as time moves on some roads and walkways may need extra repairs and some need to be completely rebuilt. The enforcement of the law is also important, where those who construct buildings that reach into public areas or cause sound pollution, air pollution, and public dumping should be stopped and taken care of.

Mostly, as cases are reported they will be taken care of within a specific period of time or at least acknowledged of, but sadly some cases are left to be dealt with by the villagers and those who pass by the area every day. Where those who break the law make it seem like what they are doing might perhaps be invisible towards the public eye. Villagers at Ban Pa Lao, Sirinthorn district, Ubon Ratchathani province have made complaints that the entrance to the village is in a condition that is unacceptable. Where there are multiple holes in the road making it takes hours just to pass through the entrance road. The worse is when it rains and all the holes fill with water, the water mixes with the dirt and mud is everywhere making it extremely difficult and damaging towards cars driving through.

The U-turn tunnel on Asia road, Phrom Buri district, Singhaburi province has an ongoing issue of driver’s breaking the rules. Where Thairath has reported that those heading towards Bangkok will often make a right turn to enter into the U-turn tunnel where it is illegal to make the right turn. This can cause bad accidents as other cars are driving in other directions, road users are asking for some enforcement of the law on the U-turn tunnel.

Villagers residing in Phrueklada village, Bangbuathong district, Nonthaburi province have made several complaints on one specific house. Where the certain house has built many additions to the original house filling up all the space. This includes a balcony and garage that has blocked off the air and the sun from entering other houses. Complaints have been made for at least a year but the house is still standing free with the additional construction, the villagers ask responsible official sectors to come check on whether the extra construction is legal or not.

At Petchkasem 16, Tha Phra, Bangkokyai district in Bangkok, is a townhome building that as renovated the building to a 6 stories building from the original 4 stories. The townhome seems to use the building as a factory where there is constant smoke causing pollution in the area with loud factory machine sounds all day long. Furthermore, the townhome has been dumping wastewater through a pipe that enters the public waters. Villagers ask for Bangkokyai officials to whether this is permitted or not.

FB Caption: those who break the law make it seem like what they are doing might perhaps be invisible towards the public eye. 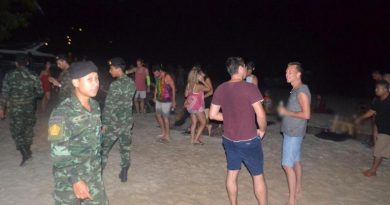 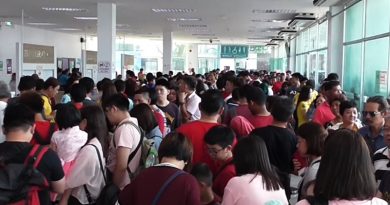 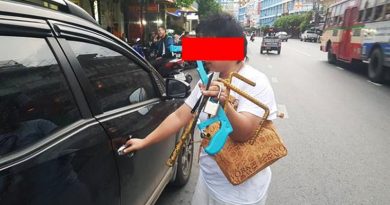