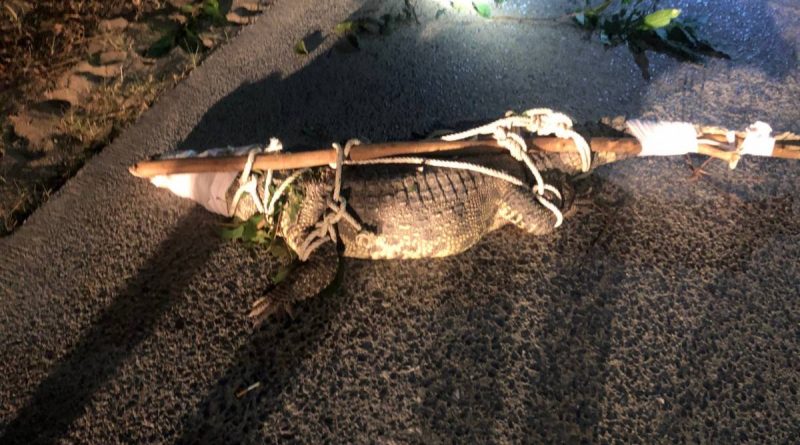 A couple were driving home when they almost ran over a crocodile on the road. Nattapong Somsanong a member of the local rescue team in Samui, Surat Thani Province reported to Sanook that he received a notification on 1 April 2021 at around 2 am about the incident. Wasunti Dumthong called the rescue team after he found a crocodile sleeping on the road in Koh Samui District. The driver decided to notify the local authorities for help as he did not know what to do and realized it wouldn’t be right to just leave the crocodile sleeping out in the open.

Nattapong went to the location and saw the crocodile laying peacefully in the middle of the road. He was shocked because in all the years working in the rescue team, this is his first time seeing a crocodile do this. The rescue team met Nattapong and his girlfriend who was standing by the car. The couple stated they were driving back to their home when they spotted the crocodile. The crocodile was lucky that Nattapong stopped the car in time, or else it would have been killed.

FB Caption: Nattapong personally believes the crocodile was kept as a pet by a local in the area. 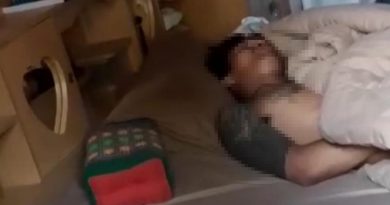 Thief found sleeping on comfy bed with AC on.