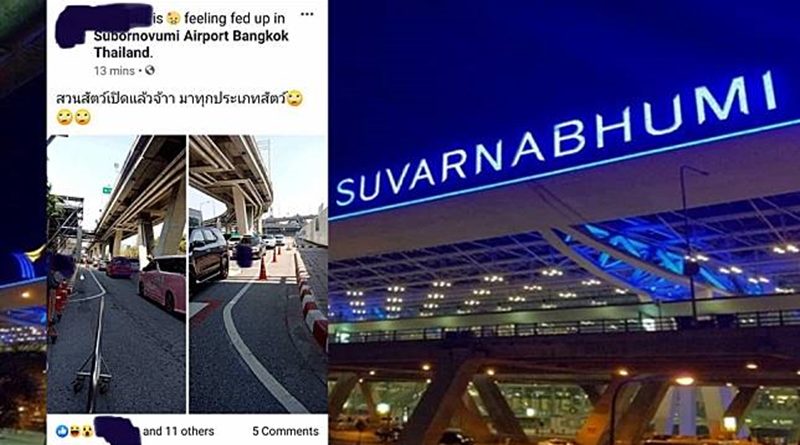 Drama erupts after Suvarnabhumi Airport staff posts on her Facebook page a picture of cars lined up to the airport along with the caption “It’s an open zoo, every type of animal you can find coming here”. She also checked into “feeling fed up in Suvarnabhumi Airport Bangkok Thailand”. The offensive caption was posted on 29 December 2019, a busy time for the airport when locals are traveling abroad to celebrate the New Year’s adding to the number of travelers going home after their holiday in Thailand.

As soon as the post went up it went viral and netizens were not pleased with the girl’s opinion on passengers using airport services. Comparing customers to animals is an extremely rude comparison and is a strong act of looking down on other people, in this case, it gets even worse because these people are paying, the reason why she has a job in the first place. Many netizens agree that no one working in the service business should have such negative views on customers.

The girl later posted on her Facebook an apology on a yellow background with smiling heart eyes emojis stating “I apologize for every word I said. It was because I didn’t know any better. I wish to take this opportunity to apologize and that I’m really sorry for what I said”.

The Suvarnabhumi Airport also issued an official apology statement that stated they had warned the girl about her actions and the post has been deleted. The girl expressed negative opinions online which goes against Airports of Thailand PLC. (AOT) principles. The airport will be finding the right punishment for her actions. They are sorry for what has happened as a result of one of their employee’s social media posts.

FB Caption: “It’s an open zoo, every type of animal you can find coming here” 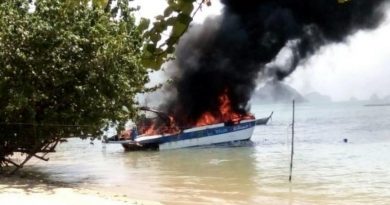 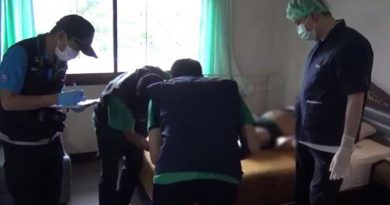 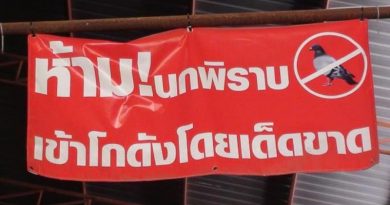 An odd way to scare pigeons