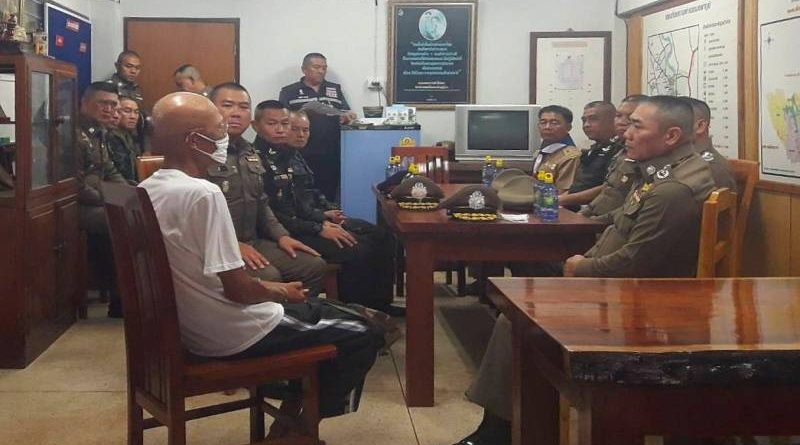 Police have discovered a big drug haul worth 1,600 Million THB after an officer recognized the driver’s face. Chakthip Chaijinda the Commissioner-General of the Royal Thai Police reported the big seize in Kanchanaburi Province on 25 August 2020. Officials from the Thong Pha Phum Police Station and related officials were working at a checkpoint at the Thong Pha Phum intersection. Officials spotted a 12-wheeler truck driving into the checkpoint from the Sangklaburi-Thong Pha Phum Road. Officials called the truck aside and talked to the driver.

This is when one of the officers recognized the driver. He had met the driver once before at another checkpoint driving a sedan car into Sangklaburi District. It was highly suspicious of how he was returning from the district on a 12-wheeler instead of the small car. Officials searched the truck upside down and found a secret compartment under the floor. An impressive amount of drugs were hidden inside tea packets inside the secret compartment. The drugs included 1,385 packs of Crystal Meth with a total weight of 1,385 kilograms. 10 packs of Heroin with a total weight of 77 kilograms. 500 packs of Ketamine with a total weight of 500 kilograms. The total seize is worth approximately 1,600 Million THB.

Sakchai 59 years old was taken to the Thong Pha Phum Police Station. The suspect admitted after the arrest that he was hired to deliver the drugs. He drove to Sangklaburi and stayed a night to wait for the 12-wheeler truck. The plan was to deliver the drugs to a customer in Nakhon Pathom Province in exchange for 150,000 THB. Police are continuing the investigation to find related persons in the case. This is the biggest drug seize ever in Kanchanaburi Province and the Commissioner-General went to see the case directly. 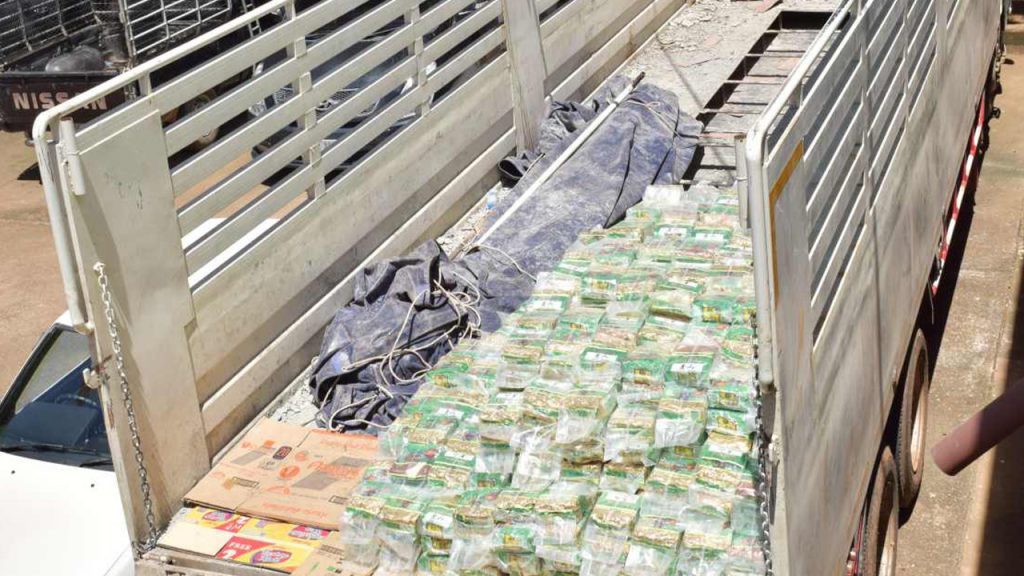 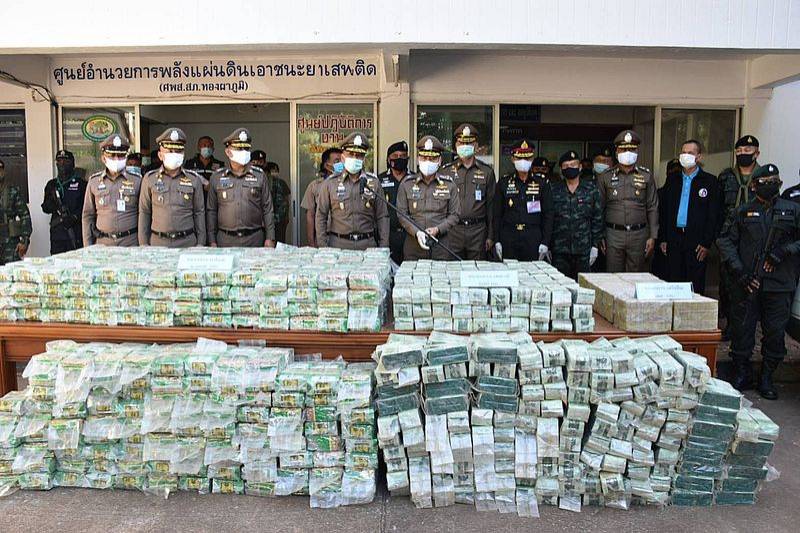 FB Caption: This is the biggest drug seize ever in Kanchanaburi Province and the Commissioner-General went to see the case directly. 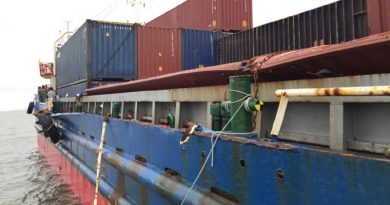 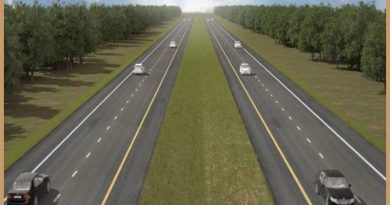