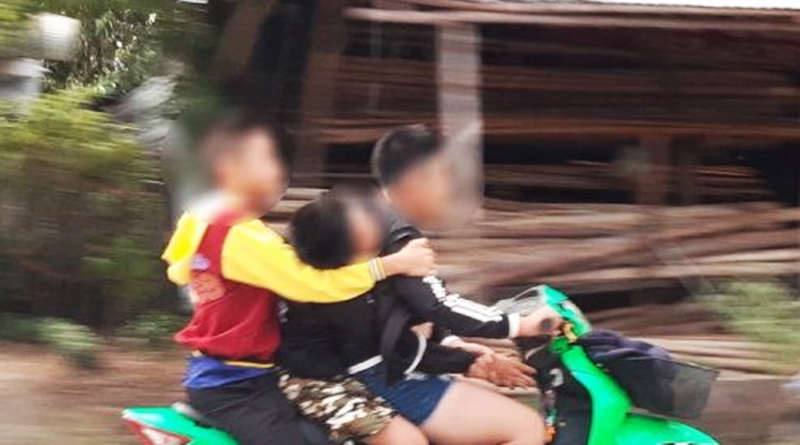 This incident took place at 11 am on 30 June 2019 when 3 children were seen on a motorbike. The youngest child seemed to be no older than 13 years old. Together they almost had an accident with other drivers on the road. Worst of all, the children seemed to be drunk and one even gave other drivers the middle finger on the road.

The Sanook News Team were on their way to Loei Province to report news when they were driving in Phu Rea District, Loei Province they saw young teenagers around 12 to 15 years old on a motorbike with no helmets. Three of them were on one Honda motorbike, the driver was driving dangerously swaying side to side on the road. Another friend on a motorbike was following them behind.

When the news team arrived at the intersection in front of a bank, the motorbike came driving extremely close to hitting the news team vehicle, the news team honked 1 time to remind the motorbike driver they are too close on the road. The child sitting in the middle who appeared to be no older than 13 years old and drunk to the point of not being able to sit properly looked at the news team car and gave the team a middle finger.

The last child sitting in the back noticed what his friend was doing and tried to stop it. Then as they started to pass another curve, the child sitting in the middle gave the news team another middle finger. At the same time, the child’s neck started falling and he seemed to lose balance sitting on the bike, his friend lifted him up and held him in place to protect the child from falling off the bike.

The motorbike then headed towards the Dansai District. Such incident shows the lack of proper parental care and the dangerous risk that the children are towards other drivers on the road to a possibility of injuring other persons and even causing death. They were not wearing any helmets and the driver definitely seemed to be too young to have a drivers license. The news team was lucky that no accident was caused by such recklessness, but other drivers might not be so lucky.

FB Caption: The child sitting in the middle who appeared to be no older than 13 years old and drunk to the point of not being able to sit properly looked at the news team car and gave the team a middle finger. 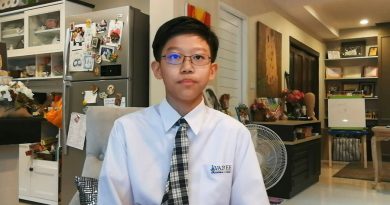 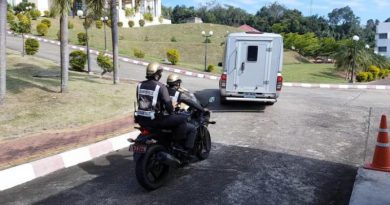 Probed mistress arrested for being partner in crime 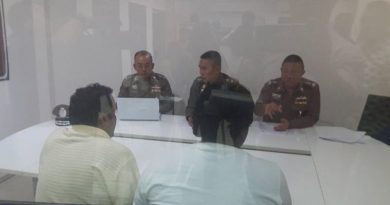